Getting Acquainted With CBD 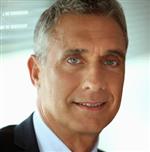 CBD is an incredibly fast-growing industry in the United States, but there is a great deal of mystery and stigma surrounding it. Many people don't know what it is, what it does, or the side effects it can have. Thankfully, because it is growing in popularity so quickly, there has been plenty of research done covering the subject. There really doesn't need to be as much mystery surrounding the world of CBD as there is.

CBD, or cannabidiol, is one of the main ingredients of cannabis. While many people associate it with marijuana, CBD actually comes from hemp, which is a relative of marijuana. The hemp plant has historically been used to make paper, rope, soaps, and lamp oil, and is still used for these things today. Though marijuana is still illegal in many places, CBD is not. In 2018, the use of CBD became legal, albeit with restrictions. CBD products can now be found in places such as gas stations, tobacco shops, and health food stores.

CBD can be used in multiple forms, such as lotions, creams, vapors, or edibles. Each method can have different uses, but the effect is mainly the same. CBD flower can be used to smoke or chew for anxiety relief, better sleep, and pain control. It won't get you high as cannabis will, but it will allow you to be able to relax and let your body heal. This specific plant is completely legal and fairly easy to find and purchase. If you struggle with anxiety or pain management, CBD might be able to help you control those.

What Does it Do?

The way CBD works is by targeting the receptors in the nervous system, including serotonin receptors and pain receptors. It can temporarily shut off these receptors, giving pain and anxiety relief. This effect lasts for several hours and can be incredibly helpful when used regularly. Because CBD is low in the chemical THC, it doesn't produce a high like marijuana or other drugs would. It simply gives much-needed relief to people who are struggling.

While many people think of CBD as an anxiety treatment, it can be used for far more than that. For years, cannabinoids have been used to treat extreme epilepsy and arthritis. When being used for these, it is usually either given in an oil to be taken orally or a cream to be used topically for pain management. For anxiety, using CBD in either its vapor form or edible is more common. As for vapor, it can usually be found in either E-cigarettes or paper and is sold in most smoke shops. Creams and lotions are more available than vapor, and can often be found where tobacco is sold or even in health food stores.

Though CBD has only been popular for a couple of years, there have been many studies done on its safety. It has been proven to not form dependency like its cousin marijuana does, and can even help break an addiction to other substances such as heroin and tobacco. By giving the same type of mellow feeling without a clinical high, CBD can help to combat the urge to run back to addiction, studies have shown.

Of course, no medication is without side effects, no matter if it's natural or not. Though CBD promotes restful sleep, it can also lead to fatigue, mild irritability, and occasional nausea. Similar to common pain relievers, CBD can also thin out the blood. Because it can affect the liver by thinning the blood, it is important to talk to your doctor before taking CBD orally, especially if you already take other medication. This compound can help treat a variety of issues, but because it is a chemical, it's better to be sure it won't hurt you more than help first.

Overall, CBD is not something to be afraid of. It is not a harmful drug, but a beneficial supplement. Countless people have seen results using CBD, so it might be worth looking into for you too.