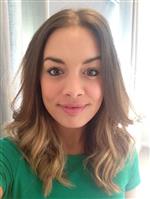 Since the concept of a contact centre first came about, the telephone was the main channel of communication with only fax or white mail being offered as alternatives. However, as technology advances and customer demand increases, more channels such as social, email and messaging are being offered for customer service. This has transitioned the traditional call centre into a contact centre, which in the name alone already highlights the move away from the dominance of the telephone.

mplsystems believe that generation Y is the main driver behind this channel transition, with 85% using a smartphone as their main tool of communication meaning that text based channels including email, social and messaging are now more accessible than ever. As a result of this, mplsystems predicts that as generation Y becomes more influential, text based communication will significantly increase and voice based customer service will start declining in the contact centre. Nevertheless, we believe the need for telephone customer service will still exist in 20 years, but instead of the telephone being the default channel it has always been, it will start being used more intelligently alongside other channels.

We see self-service technology as a key tool in this channel transition, which will allow contact centres to intelligently blend automated and assisted response for efficient processing of inbound customer enquiries. This would allow a large number of text based customer enquiries to be automated, whilst more complex enquiries would be escalated to a live agent. Although voice will remain an option for this level of service, new channels such as messaging will be preferred as it allows customers to interact with an agent, but via text based communication.

Although 88% of customers currently still say they prefer their enquiry to be resolved by a human, it is inevitable that as technology advances over the next 20 years it will most likely be able to answer enquiries more efficiently and effectively than a human being and this customer view will start to change. Therefore mplsystems predict that in 2030 the majority of inbound communication in to the contact centre will be text based and responded to via automated response technology, human interaction will move more towards messaging and voice will be used as a secondary channel for more complex enquiries.

However, it is important to note that just as social media didn’t exist 20 years ago and mobile phones were only widely adopted a similar time ago, it is difficult to predict how much technology will have advanced by 2030. With the current pace of technology innovation, it is inevitable that new devices will be created and more channels will be available which we suggest will only add to the decline of voice in the contact centre.