What makes Python a pro at solving real-world problems 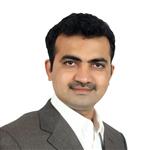 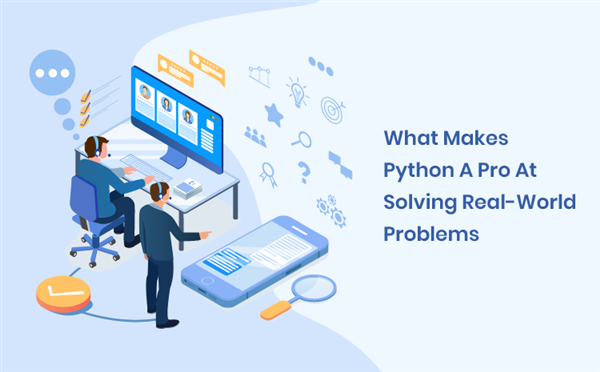 Who does not know Python these days? Python is more popular as a programming language than as a snake. So, this 21st century is all about automation, Artificial Intelligence, and Machine Learning, and all of these are possible by the most popular programming language Python.

Python has managed to get to the top three most popular programming languages across the globe. The reason behind Python being this much popular programming language is its security, ease of programming, and throughput. Automatic driving cars, route optimization, and other such things have been possible with Python and Machine Learning. At this time, Python is so popular that people are choosing Python for web development tasks as well, apart from high-end Artificial Intelligence and Machine Learning projects.

Python has made our day-to-day lives far better than before with AI and ML. Python is quite great at solving real-world problems with the integration of AI and ML code. Automated driving has been much safer today by smart learning algorithms. Google has even predicted with AI when its data centers will be too hot so that they can take necessary actions to cool down. So, Python is not just helping humans, but the environment too.

But, what are those qualities that make Python a pro at solving real-world problems? What makes it so special? Well, all of your questions are answered in this blog. Just keep reading and you will find them out.

Why Python is a pro at solving real-world problems?

Here are the reasons that make Python a super-hero to solve a lot of real-world problems including saving the wild lives as well.

When it comes to taking up a lot of loads, no language can beat Python’s performance. Python can handle massive web traffic without failing your Python application. Other programming languages might fail at handling massive traffic, but Python will never disappoint you, as it can easily handle tons of requests every second, while some claims say that it can even handle millions of requests every second. But, Python is not yet ready (at least not currently as of September 2020) to handle millions of requests, but Python can handle such an amount of requests in the future and provide the users with a seamless experience.

So, handling a massive amount of traffic is quite impressive, and that’s why we consider Python as a pro at solving real-world problems.

Well, this is another reason why we chose Python as a pro that can solve all real-world problems. Python is quite flexible, as it allows the programmer to integrate other language code with Python code as well. Developers can choose their own programming style from Object-Oriented, functional, imperative style, or the procedural style, which allows faster development of the application, which saves costs and makes the deployment faster.

Python is the best choice to scrap websites and collect data. One can easily scrap the web, and collect all the important information, sort it out, and process it in a better way for you to use that information to make a better decision. Most web scrapers are built on Python due to its high efficiency. Some Python tools to build Web Scrappers are Selenium, PythonRequest, MechanicalSoup. You can build great web scrapers that easily extract information from different websites with these tools.

Web Scrapping allows you to extract, collect, and process information from different websites and help you make better decisions for your project, so you can get a detailed insight. And that’s why it is on our list that makes Python a pro at solving real-world problems.

These are some reasons that make Python a strong candidate to solve real-world problems. That day is near when you see self-driving cars or drones picking up your order from the nearest Walmart and delivering it to you. We cannot thank enough Python for allowing us to develop applications that solve real-world problems like a pro and ease our lives.

So, you need to be ready for the future that involves Python code almost for anything. If you think you should adopt Python for your business, hire Python Developers now to safeguard your business. INEXTURE is the Best Python Development Company to develop high-end Python applications that possess the power to transform the world. Contact us or drop an email on sales@inexture.com to consult our Python Consultants and get advised on your next Python Application Development Project.