What it takes to put an international team together.

Through a dodgy online classified ads site, I found this post looking for an event staff.  After responding to a quite elaborate aptitude questionnaire, I was invited for an interview. I thought, “This may just be the most hard-earned temp job I may ever work in.” Most agencies I work for hire me based on my resume and headshot. I get in, work for 3-5 days and then I am done. But ContactCenterWorld was quite special.

So then, I started helping in a global event in Las Vegas as an overall event staff and runner for mainly inside the conference hall. I was told that the team members flew in from different parts of the world. I couldn’t fathom the idea of coming together from thousands of miles and then working together as team four times a year. There is the language barrier, cultural differences and diversities in professional practices. I wondered how that works?

Eight years passed and I am now touring with this team as an AV tech and an event manager. Four times a year, I have been working with people from different parts of the world: UK, Canada, US, Indonesia, Prague, Turkey, Russia, Australia. I have come to understand what gels us together. It’s the leadership!

Raj, our boss, who humbly refers to us (his staff) as his “colleagues”, maintains intelligence, composure and a highly contagious “can do” attitude. He walks around carrying things, does manual labor or spends sleepless nights over important tasks needed for the event… after squeezing in a moment of networking with the delegates. To top that, he gets in the same time if not earlier than us to prepare for the conference days.

This universal culture of positivity is what we are received into as individuals from different corners of the world. He inspires us to care for our roles and to keep going. That’s what it takes to lead such a dynamic international team! Thus, I am so honored to be a part of the amazing ContactCenterWrold.com team! 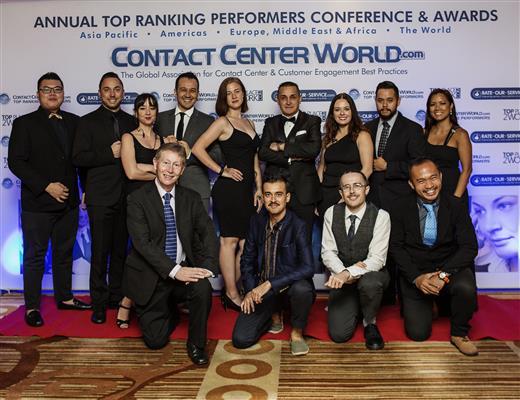