A positive experience for all 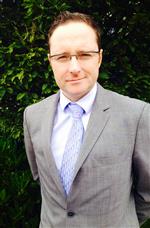 In my last post I highlighted the importance the call centre still has to play in the business and customer relationship. In this one I’m going to discuss what some of my key pointers are for ensuring a positive customer experience, what the repercussions can lead to if these aren’t followed and what can happen if they are.

Of course there is much more advice I could give here, but what I’ve provided is a basic set of performance review steps all call centre professionals should follow. If your call centre isn’t following some of these key principles then improvement is next to impossible, as it will feel like you are moving on a long and winding road with no end in sight. If you live by the basics, then enhancing and making the customer experience better will have a clear direction to go by.

What are the repercussions if you don’t follow these? I’m going to use the example of a British energy company. In 2013 a customer launched an action group against the business to seek compensation for customers affected by poor service. Coupled with this, in the same year an ex-employee went public with his anger at management’s treatment of the staff, saying they were encouraged to hurry along calls, even those from the elderly and vulnerable which might have required some time. He also stated complaints were routinely passed from department to department, left without action.

Between September 2012 and September 2013, this energy company received 159,000 complaints, more than any rival, and a 52 per cent increase from the previous year. 2014 saw them labelled as the worst company in the UK for customer service by consumer rights body ‘Which?’.

This demonstrates why the basics are still so important. In many cases they were not listening to customers, not engaging team members and not reviewing business processes or acting upon complaints. They were not empathising either. And look what it has led to? Many disgruntled customers and a title from Which? that possibly justifies this.

You can never understate the basics and evidently a lot can go wrong if you don’t live by them. But, actually, this isn’t just about damage limitation it’s about enacting positive change to improve the call centre function and therefore the business as a whole. Listening to and acting on complaints, engaging and empathising with customers, while reviewing the actions you take and the outcomes of these along the way, can have positive implications for brand reputation and indirectly the bottom line.

The call centre might be the only form of contact a customer has with a company so if the experience is a positive one, their feelings towards your brand can influence those who are not (yet) customers through word of mouth. That’s the type of endorsement money simply cannot buy.

Of course more importantly, your retention of these happy customers singing your praises leads to an increased number of up-selling and cross-selling opportunities, which has got to be an easier and more cost effective way of hitting those revenue targets.

Take the basics for granted rather than putting them at the heart of everything you do, and one morning, you might find yourself waking up to some pretty damning headlines. But, if you get it right, the business will flourish. Go back to basics, and the experience will be good for call centre staff and customers alike.

Good Call: back to basics

Recent research by branding agency, Smith and Milton has made me rather worried about the damage poor call centre service can do to a business. The research found that nearly nine out of ten consumers are likely to switch financial service providers following a poor phone experience. Furthermore, 71% also said that this really affects their impression of a brand. Concerning, to say the least.

Poor service aside, the offshore call centre phenomenon of the last decade has really impacted the trust many businesses have with the public. Consumers don’t like being lied to and knowing an agent is giving you a false name in the misguided attempt to connect with the person on the other end of the line has left a sour taste in the mouths of many. Similarly, the agent pretending the weather is the same where they are as where you are, to indicate they’re in the same place when they’re not, is an equally transparent falsity. It’s just not genuine and from the get-go, callers are put on edge.

Despite the poor reputation of offshore call centres, and even the increasing competition from social media as a communications channel for customer services and sales, the public still love to pick up the phone. There’s just nothing quite like speaking to a real person. When people have a complicated and long-winded complaint, or a question they would like to address with a company, they need a human voice to convey empathy. The Smith and Milton research clearly indicates the continued importance of the call centre. Further supporting this view, Stockport Council in Greater Manchester, UK, recently revealed that it received 485,000 phone calls in the last year, compared with just 42,000 emails.  It’s likely to be a similar story for other councils and businesses.

But let’s put things into perspective; being the most popular option doesn’t equate to success. In many cases ringing a call centre is a necessity, especially if communications over social media, email or snail mail go unanswered or the responses are unsatisfactory. Call centres were designed to help large organisations streamline customer interaction, but the value of them to a business boils down to the quality of service they provide.

If you can’t get customer service right, it devalues the role the call centre has to play in business. Like many things in life, a back to the basics approach can be the best way to mitigate some of the biggest problems in call centres today. It might seem like common sense, but sometimes we all need reminding about the basics.

In my series of blogs, I’m going to take a closer look at some of these basics and the repercussions of not following them. From putting the right numbers in place for customers to contact you to making sure employees have appropriate training, I’ll look at where organisations are getting it right, where they’re getting it horribly wrong, and how support levels are monitored to ensure standards are kept consistently high.