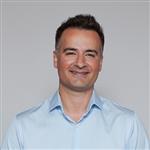 Greece is the word.

This is all anyone is talking about in the financial world. Some say it’s a significant impact and others believe that impact of the Greek economy globally is minimal.

What is indisputable is that the impact on the people of Greece IS significant.

As someone with Greek heritage and family in Greece, the true impact is not lost on me. But this article is not about (well, not entirely) the economic or political situation of Greece. It’s about leadership, in particular one key element of leadership, communication or the failure of effective communication.

The general feeling is that most Greek citizens do not know or understand exactly what they are being asked to vote for in this week’s referendum. Some believe that a NO vote will mean an exit from the EU and others are voting YES because they want to stay in the EU. Some want to vote NO to the austerity measures, but want to remain in the EU, but that’s not the question being asked and some don’t even understand the question.

(Coincidently, a NO vote will most likely lead to Mr. Tsipras handing in his resignation. I do agree with the view of a colleague and good friend, that Mr. Tsipras cannot take all the blame. Whilst there are some mixed messages emanating from his government, he is just trying his best to protect the most vulnerable members of Greek society – and that needs to be applauded. The fact that previous leaders before him allowed Greece to borrow beyond their capacity for so many years was only ever going to lead to the social destruction we see today)

In addition to this confusion, some commentators in Greece and Europe are stating that the ‘decision to call a referendum next Sunday on a foreign bailout has thrown open Greece's future as a member of the 19-member euro zone’, while the government themselves are saying that ‘a NO vote does not signify a rupture with Europe, but a return to the Europe of values’…whatever that means.

So what is the question?

Reports out of Greece state the question as follows:

Should the outline of the agreement submitted by the European Commission, the European Central Bank and the International Monetary Fund at the Eurogroup of 25/06/15 and which is made up of two parts that constitute their unified proposal be accepted?

And then it names 2 documents:

Now, these documents are full of economic data and jargon that the average person will not understand…personally, I have a headache just thinking about it!

And while the political posturing is taking place, the every day person is suffering. Confusion and fear has seen a run on the banks, and cash at some ATM’s no longer available and withdrawal limits of 60 euro a day have been placed on every single person. Fear has caused many retailers to move to a cash economy and refusal of credit cards.

So how has this turned so horribly wrong?

Well, most reasonable people will acknowledge that the tax system has been flawed for many years and needs an overhaul. Some would even argue, and I will admit that I’m one of them, that Greece should never have been allowed into the euro zone to begin with, as they never met the criteria.

Greece needs to change generations of perceived entitlement, political corruption (which has been endemic in Greece over the last 25 years) and many more issues than I have time to share, and with any change, there will be resistance.

And once again, we come back to communication.

It is the responsibility of ANY leader, be it politics, business, sports etc to ensure that the core message is clear and devoid of any ambiguity. Failure to communicate the important message, to control your story – your elevator pitch – will only result in chaos.

For me, as much as I hate to admit it, where Greece was once a leader of democracy, ingenuity, philosophy and more, they are now an example of poor thought leadership and leadership generally  due to their lack of clear communication and a general sense of direction and purpose.

And in the words of Mark Twain – “Never argue with a fool, as onlookers may not be able to tell the difference”