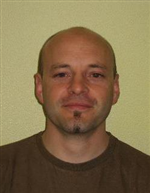 A language program helped police save a heart attack victim who could not speak English, officials said.

According to police, an unidentified 49-year-old woman called police at 10 a.m. June 7 because she was suffering a heart attack.

Sgt. James Ryan said the woman, who used a cell phone to make the call, could not communicate with the dispatcher to tell police where she was or what the problem was.

Using a new service called Interpretalk, the dispatcher was able to connect the caller with a translator that, in turn, was able to determine the woman’s location within two minutes of being on the call, according to Sgt. Ryan.

Police officers arrived at the location with EMS personnel and transported the woman to an area hospital where she was reported in good condition following the incident, according to Sgt. Ryan.
The new service, offered through Language Service Associates in Horsham, Pennsylvania, allows officers and dispatchers to communicate in 157 different languages 24 hours a day, seven days a week, according to Sgt. Ryan.

”Our community is diverse, and we want to be able to assist anyone in need,” police Chief Raymond Hayducka said. “This new tool gives officers and dispatchers another way to get help to people in need in an emergency.”

Language Service Associates started in 1991 and has developed services to break down different language barriers across many different industries, according to the company’s website.

The company has more than 5,000 independent language contractors that provide translation services to some 2,000 different clients, according to the company.

It also makes its services available in a variety of forms, including mechanical translation and telephonic as well as face to face.

Township police have used the new service seven times since it was available to the department in March, Chief Hayducka said.

”This case clearly demonstrates the importance of being able to reach out to all aspects of our community,” Chief Hayducka said.

Without the service, police may have not been able to provide lifesaving assistance.

”We could not understand where the victim was, and her being on a cell phone (as opposed to a home line) made it more difficult,” Communication Center Supervisor James Deery said. “The service Interpretalk provided was quick and provided the lifesaving measures she needed.”