How NOT to Market your Product: 9 of the Worst Branding Failures - Rebecca Matias - ContactCenterWorld.com Blog

How NOT to Market your Product: 9 of the Worst Branding Failures 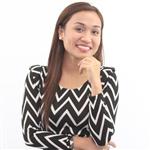 Still reeling from two tragic disasters in 2014, Malaysian Airlines tried to make it three in a row by launching a promo called “My Ultimate Bucket List Contest”. If  you recall, more than 500 people perished when two of Malaysian Airlines’ planes crashed within months of each other. One disappeared midflight on the way to China, while the other was allegedly shot down flying over Ukraine.

Now the genius who came up with Malaysian Airlines’ “Bucket List” contest has a lot of explaining to do (Not if he’s been fire already. In that case, good luck looking for another job in marketing.) In a competition, the airline asked their customers to answer the question “What and where would you like to tick off on your bucket list, and explain why?” The competition was open to participants in New Zealand and Australia, who would be eligible to win iPads or economy class tickets on the airlines.

While it would have been brilliant under normal circumstances, the company’s recent history is far from normal. The marketing genius who came up with the ploy might have been too excited about the promo he/she forgot to take into consideration the fact that a “bucket list” is nothing more than a list of things people want to do before they die. Needless to say, the campaign reeked of a lack of sensitivity, empathy, and plain common sense. Fortunately, the promo was changed to something like a “to-do list” not long after it was launched.

Related: What Marketing Lessons We could get in Steve Harvey’s Gaffe at Miss Universe It’s just not wise to sell a non-alcoholic version of one of the most recognizable beer brands in the US, if not in the world. And yet, somebody from Coors was able to convince somebody that it might actually work. So out came the *drum roll* Coors Rocky Mountain Spring Water!

According to the company itself, Coors has brewed its iconic American lager with Rocky Mountain spring water since 1873. Even if it’s 100% true, it doesn’t mean it will translate to revenue once you remove the alcohol from the spring water. No, it doesn’t.  Apparently, the customers were so used to the alcohol in Coors they just couldn’t accept other flavors like lemon-lime and cherry. Because of the stiff competition in the airline industry, American Airlines decided to up the ante: target customers with money to burn. So in 1981, American Airlines unveiled a special offering: for just *choke* $250,000, privileged customers get to fly first class for the rest of their lives. And that’s unlimited – meaning the customers can fly as often as they want. And not just that. For an extra $150,000, they could bring anybody along — family member, friend, colleague, even a stranger. Great, right? For the customer, yes.

For American Airlines, it sounded like a brilliant marketing magnet, until they realized they lacked foresight. Remember, a first-class ticket isn’t inexpensive, and some people had the brains to use the special American Airlines pass as often as their health permitted to, uhm, have a quick ROI.

For example, there was a guy who flew to London 16 times. In one month! It’s like waking up in the morning and you got bored and decided to have breakfast in near Buckingham at 9:30, maybe have lunch in Amsterdam at 1 pm, fly to Paris for dinner and return to New York just before bedtime. Sweet.

Soon, the company had enough. Research showed there were customers who literally used up a million dollars in free airfare every single year. After more than a decade, it stopped the promo. No reports came out as to how much profit AA gained from the promo. If competition on the airline industry was stiff, it was cutthroat in the carbonated beverage industry. You’re familiar with the Cola Wars, right? In a move that Pepsi Co. hoped would widen its global reach, it expanded to – where else? – China. However, when Pepsi went into the Chinese market, they failed to do their research on the meaning of their slogan, which at that time was, “Pepsi brings you back to life”. Apparently, the English and Chinese languages aren’t a perfect fit when translations are done, and so Pepsi’s cool slogan, when translated to Mandarin said something like, “Pepsi brings your ancestors back from the grave”.  It was so bad even if it were a Halloween promo, the Chinese customers still wouldn’t get a Pepsi. Unless it’s free.

Related: Why Best Actor Leonardo DiCaprio is “King of the World” After his Speech at Oscars Most people, even those with no idea about marketing, are familiar with the maxim “If it aint broke, don’t fix it.” Yet, there’s somebody from Coca Cola who must not have heard of this morsel of wisdom. That, or he’s just a hard-headed maverick.

See, in 1985, after almost 100 years of being in the business and doing really good, Coca Cola decided to launch a ‘New Coke’ – new logo, new font style, and best (or worst) of all, new flavor! What it didn’t take into consideration was how its loyal customers would react for with the drastic change. To make the long story short, customers boycotted the “new” drink. Fearing the worst, Coca Cola wisely reverted to the tried and tested original flavor, packaging, and branding. Somebody from Coke must have scribbled a note on his notebook that says “Not all change is good.”

Wish to know more the other brands? See more at The Savvy Marketer.