UCWA by the numbers - #5 Re-join Conversations

I have been a bit lax on finding aspects of UCWA that could use a bit of demystification, but it is not to say that there are not things I do not understand rather that I have not spent time thinking about some of the more unique scenarios. One of those scenarios is needing to re-join an in-progress conversation that the UCWA dropped out of. This can be achieved by utilizing the threadId parameter provided either when making the initial POST request to startMessaging or as part of event channel data included in messagingInvitation / conversation events. I'm re-purposing work done for UCWA by the numbers – #4 Anonymous Meeting Join and creating a sample that allows user sign-in (username and password) and starts a conversation with a specified user. Additional buttons will be present to leave and re-join the conversation. Refreshing the page will attempt to clean up the UCWA application similar to how anonymous meeting join cleaned up. 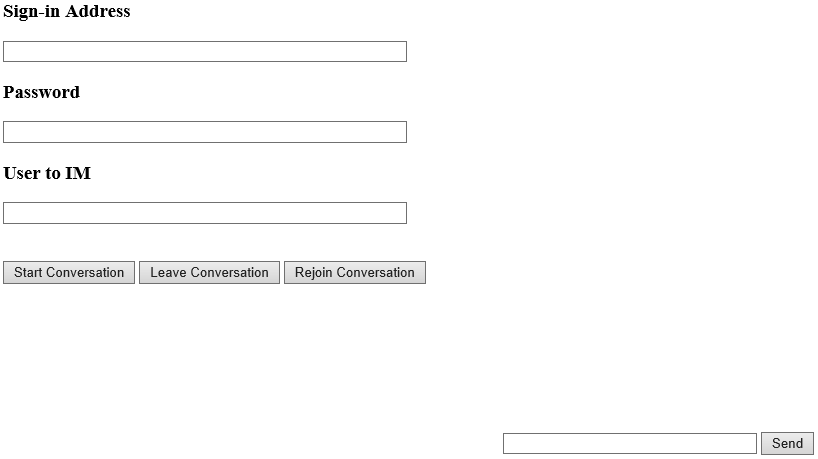 The sample I have in mind will make use of startMessaging providing operationId (required), to (required), threadId (optional). It is possible to not provide threadId and parse messagingInvitation or conversation event data to retrieve a generated threadId (as seen below). 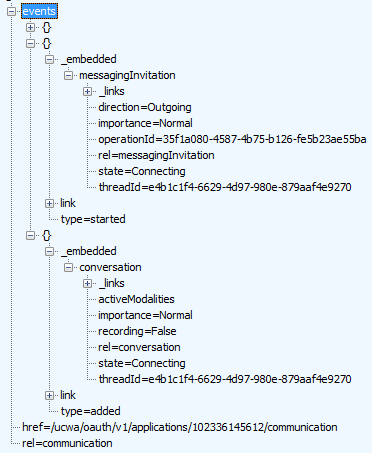 Differences between Conversations and Meetings

One interesting situation I encountered when transitioning the code from meeting to conversation is how event data related to typingParticipants and message (other events exhibit this behavior, but are less important to this sample). Meeting events will contain a participant object that has a populated title property whereas conversation events do not. This immediately posed a problem due to the code structure of expecting to find this value to indicate who is typing or sent a message. 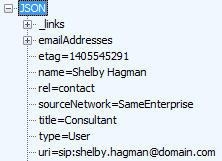 I created an array of titles/names indexed by URI to track what users I had already executed the additional requests (as opposed to getting new contact information every new typingParticipants / message event). It was also important to track completed messagingInvitation and conversation events to determine if/when a remote participant declined the invitation or a failure occurred and when the conversation has ended.

After authenticating and starting a conversation with a remote participant it is possible to leave the conversation via Leave Conversation button. What I did notice is that after making the request to startMessaging with the original threadId is the UCWA joins a conversation while the remote user can take a short while before they re-join the conversation. I have actually seen two distinct behaviors surrounding this as follows:

Eventually the remote participant appears in both situations, but it is a bit odd at first glance.

Traces containing the differences between Meetings and Conversations are as follows:

The code is structured as follows:

I am thinking about doing a short excerpt on how to parse HTTP links posted into a conversation from Lync/LWA as they can appear funky.