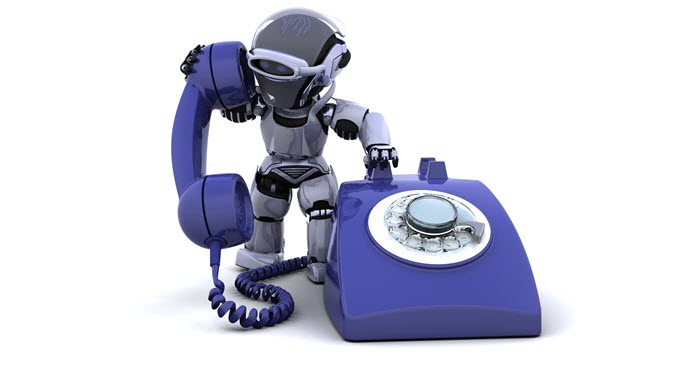 The FCC claims that Adrian Abramovich engaged in "neighbor spoofing," which is when ID information that is displayed on a caller ID is falsified to display the area code and the first three digits of the recipient's own phone number. This is a tactic used to increases the odds that the consumer will answer.

Now, the Florida business owner faces a proposed fine by the FCC of $120 million, the largest proposed FCC fine ever.

Mr. Abramovich allegedly made 96 million spoofed robocalls to landlines and cell phones in 2016, in violation of the Truth in Caller ID Act of 2009. The Act states that callers are prohibited from displaying false or misleading caller ID information. Also of interest is that this is the first time the FCC has taken an enforcement action under the Truth in Caller ID Act.

How did the robocall scam work?

In this case, when the consumer answered Mr. Abramovich’s robocall, they'd got a recorded message offering an "exclusive" vacation deal from prominent travel companies such as Expedia, Marriott, Hilton or TripAdvisor. The consumer was then instructed to "Press 1" to speak with a travel agent. Unfortunately, pressing 1 directed the call to a call center where the consumer was offered "discounted" vacation packages and time-shares that were not affiliated with the named brands in the recording.

The sad reality for the consumers is that the travel agencies "were fronts for one or more Mexican-based call centers engaged in selling timeshares and vacation packages to various timeshare facilities," the FCC said. Apparently, these agencies had contracted with Mr. Abramovich to receive calls generated by his robocalling operation for which he received a substantial daily remuneration.

"Robocalling is consistently the top-ranked category of complaints that consumers bring to the FCC. That's why I'm pleased that today the commission is taking major, unprecedented action against what appears to be the most egregious 'neighbor spoofing' robocalling scheme we have ever seen," said FCC Chairman Ajit Pai

Mr. Abramovich’s base of operation is in Miami, Florida where he has formed 12 corporations in the state over the past 20 years. It was through several of his fake marketing companies that he managed to make about one million unwanted calls daily at a rate of almost 44,000 per hour. Dialing became so aggressive that at one point, he had disrupted an emergency medical paging service used by first responders.

What is next for the victims?

During the FCC Enforcement Bureau’s review of Mr Abramovich’s calls, they learned that some consumers had paid hundreds of dollars for vacations that were different from the ones presented to them. While the FCC acknowledges that some customers paid money to Abramovich’s offshore agents, it hasn’t yet released a figure indicating the total amount he managed to collect. We can only hopefully that there will be some form of recovery for the victimized consumers.

What is next for Mr. Abramovich?

When the FCC proposes fines, the alleged perpetrator is provided an opportunity to dispute the allegations. Mr. Abramovich has 30 days from the date the proposed fine was issued in order to file a response with the FCC.

But Mr. Abramovich has more problems head. In addition to facing the largest penalty ever proposed by the FCC,  the FCC’s Enforcement Bureau has also issued a citation to him stating that his "mass robocalling campaigns violate the Communications Act, and his misrepresentations in the prerecorded messages constitute criminal wire fraud."

It appears that Adrian Abramovich’s troubles have only just begun.

Are you concerned that your telemarketing practices are in compliance with federal and state regulatory standards? Contact Center Compliance is an award winning compliance provider ready to answers your questions and discuss the solution best for your business. Sign up for a complimentary strategy session with one of our team members or contact us at support@dnc.com or call us at 866-DNC-LIST (363-5478).