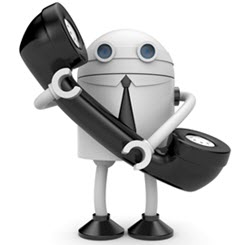 In a move to reduce the number of illegal robocalls, the Federal Communication Commission (FCC) voted to issue a Notice of Proposed Rulemaking (NPRM) and Notice of Inquiry (NOI).  The FCC seeks to allow phone companies to block calls that may in fact be spoofed robocalls and calls that attempt to display false CallerID information.

In the past, phone companies have used automated blocking tools, but some complained that FCC rules against blocking calls prohibited them from aggressively targeting illegal telemarketers for fear of accidentally blocking legitimate callers.

On March 23, the FCC proposed new rules that would allow phone companies to target and block robocalls originating from phone numbers that appear to be illegitimate or unassigned.

“Robocalls are the number one consumer complaint to the FCC from members of the American public.” -- FCC Chairman Ajit Pai

More robocall complaints are filed every month than any other issue. Last year consumers received about 2.4 billion robocalls per month, many fraudulent, according to the FCC. The IRS estimated that scammers posing as tax collectors used robocalls to defraud $26.5 million from the public. For this reason, the FCC proposed rules that expand the authority of phone companies to block unwanted phone calls.

As a means of combating the illegal use of robocalls, the FCC Chairman has proposed the following rules to make is permissible to block spoofed robocalls.

What the NPRM Would Do:

What the NOI Would Do:

From the consumer’s perspective, once the proposal’s rules go into effect, carriers will have permission to block all calls from numbers that can’t possibly be valid, such as those that aren’t assigned to anyone or phone numbers that simply don’t exist (i.e. “000-000-0000”).

For businesses that legally use telemarketing, new rules like this would make it more difficult for them to contact the customers that they have permission to call. Even with the new rules in effect, scammers are likely to find other techniques to skirt the law. For scammers, the new rules are simply a bump in the road, but for legitimate business that depend on telemarketing to attract new consumers and communicate with their current customers it becomes a major obstacle that the regulators often overlook.

The public has an opportunity to submit feedback on the proposal, which could be finalized later this year. The Professional Association for Consumer Engagement (PACE) intends to file a response to the NPRM/NOI before the due date of Friday, April 7th.

Follow the link for more information, including instructions on how to help PACE respond.