Ask the Receptionist: Are Call Scripts a Good Idea?

When you first start a business or firm, you handle the calls (which, thankfully, are few in the beginning). Once your company starts growing and taking off, the call volume increases and it becomes obvious that you’ll need someone to take over your call answering duties.

In this case, you might consider hiring a virtual receptionist or an in-house receptionist. You might be in the tough spot of coming up with call scripts for different scenarios and wondering if call scripts are essential or unnatural.

That’s a great question, so we posed it to our team of experienced receptionists: Are call scripts a good idea? 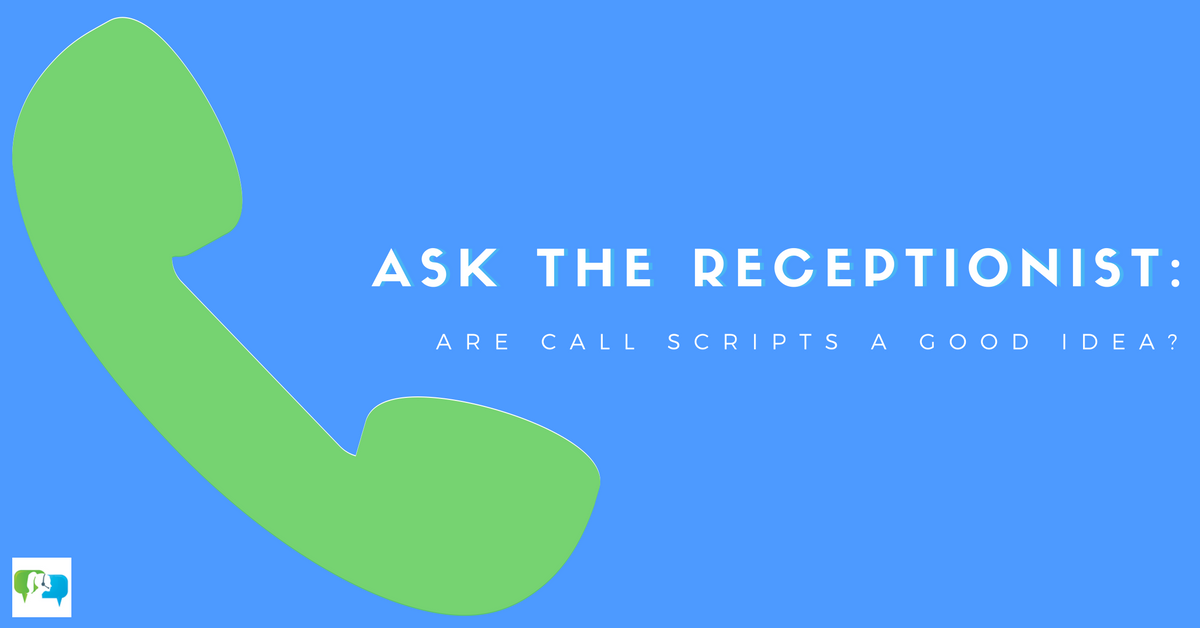 Ask the Receptionist: Are Call Scripts a Good Idea?

First, the general consensus of our team was that call scripts can be done well, but usually, they come off as canned or unnatural. On that note, consider some of the following call scenarios and determine which sound friendly and professional and which sound unnatural and robotic.

In each of these cases, the same information was conveyed to the caller, but two examples used an unnatural call script and two did not stick directly to a script. Can you tell which is which? Examples 1 and 3 are impersonal call script examples. Examples 2 and 4 are not.

Can you see how a virtual receptionist can follow a general “script” on a call without sticking directly to it? Sticking to an inflexible call script is never a good idea in a customer-facing business. People want a human response – it’s why automated call answering services (IVR) are hated among consumers and losing popularity every year.

The problem with call scripts

Most importantly, customers can tell a difference between a receptionist being candid and friendly versus following an inflexible call script. You want to give your callers the feeling that your receptionists are just naturally friendly, helpful folks – not that they’re just following a predetermined script.

For a helpful example, think back to a school play you had a part in. No matter how much you practiced, it was hard to shake the monotonous tone of the script as you read your lines out loud. Even though you eventually memorized those lines, having to recite them in the exact same order and tone each time made you tired of the content and it probably came across that way in your performance.

You may have said your lines flatly, unnaturally, and without making enough eye contact or connection with your audience (though your mother would never admit this).

Exceptions to the rule

Call scripts aren’t usually a good idea, though there are a few notable exceptions. If you’re collecting customer information, following a script is fine and expected. If you’re a company abiding by strict rules and regulations, you may need to ensure your receptionists stick to a call script to ensure compliance.

But if you’re thinking call scripts are a necessary part of hiring and working with a receptionist, it’s time to change your mind – to connect with customers and improve your level of service, give your receptionists more freedom on calls.