Everything You Ever Wanted to Know About Drinking Coffee - Conversational - ContactCenterWorld.com Blog

Everything You Ever Wanted to Know About Drinking Coffee

Coffee is a part of life for many Americans. Every morning begins with a steaming cup of coffee, and for most of us, it continues throughout the day. We drink an average of 3.1 cups of coffee every day, and that amount only rises as we get older. Compare this amount with the 2015 dietary guidelines that say drinking 3-5 cups of coffee per day is acceptable (minus cream and sugar), and we’re doing fine.

In our twenties, our coffee consumption percentages are the lowest, and begin to rise in the thirties and the seventies. Studies have shown that creative people are more likely to drink coffee. 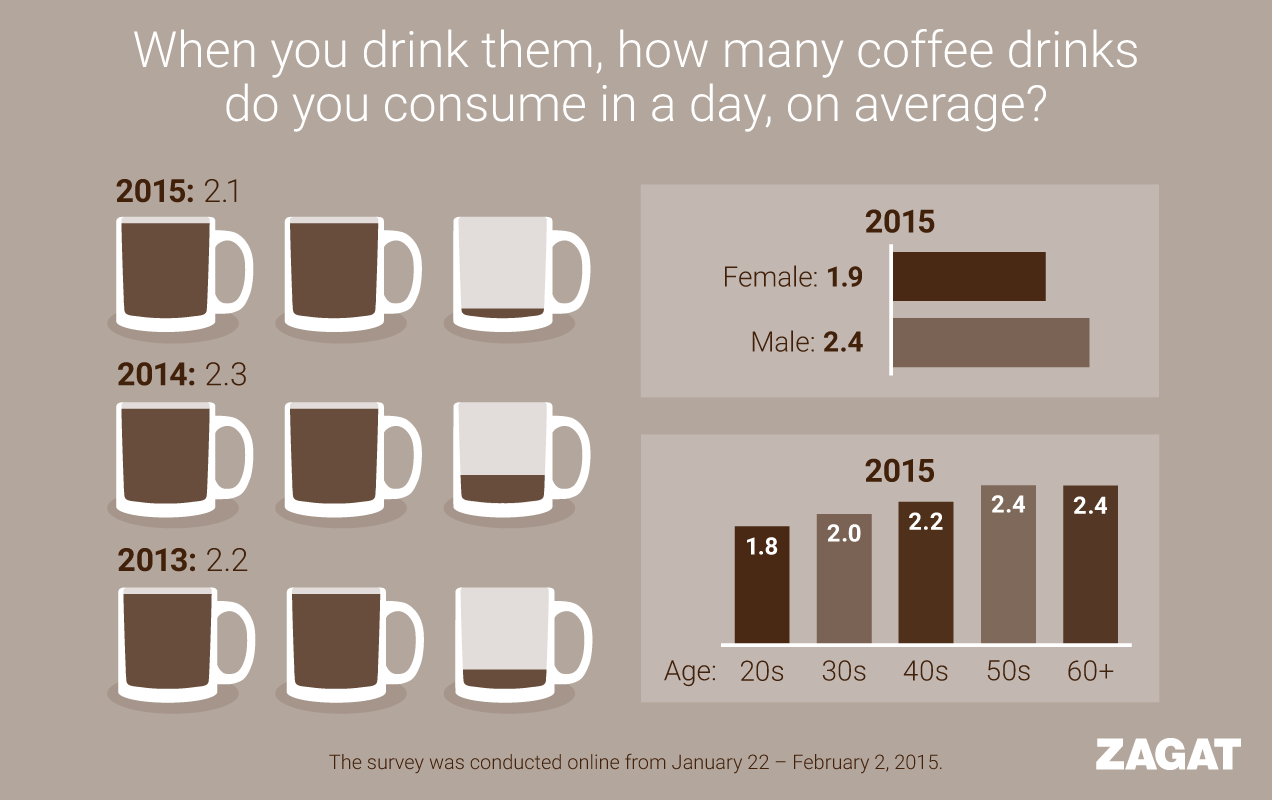 Around 27%, it turns out. Twenty-seven percent of the coffee beans grown worldwide are then imported into the U.S. Some of that coffee is specialty or gourmet coffee, which comprises around 40% of the coffee sold in the country.

The US is a leader in worldwide daily coffee consumption, spending more than $40 billion on coffee every year. But is the United States the leader?

No, that spot goes to Finland, who has the highest coffee consumption per capita of any country in the world. The average Finnish person drinks around 12kg (~26 pounds) of coffee each year. That’s three times the amount the average American drinks!

How much do we pay for it?

In 2015, the average cost per coffee drink was $2.35. The average price for regular coffee was $1.38. However, that price differed based on the contents of the drink, where the coffee was coming from, and who prepared it.

Barista-prepared coffee was worth $5.07 to study participants, which is 38% more than they said they would pay for a regular cup of coffee. This shows that we’re becoming more and more partial to coffee drinks, although we still enjoy regular coffee.

When are we drinking coffee?

Most Americans are drinking coffee with breakfast or instead of breakfast–around 65%. Next in popularity is coffee in between meals or at random times throughout the day, at about 30%. Five percent of people drink coffee with lunch or dinner.

67% of people say they routinely leave their cup of coffee in the microwave or somewhere in the office or house and just pour another cup. 34% say they’ve microwaved the same cup of coffee more than 3 times in a day.

How much caffeine are we drinking?

We’re drinking a lot of caffeine, and there’s no consensus on whether or not caffeine is harmful or beneficial in small amounts.