MWC 2016: Is ‘Digital Transformation’ a Mirage? 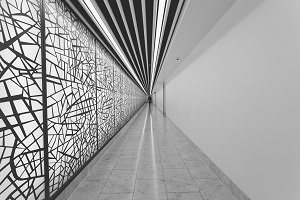 So here we are again at the behemoth that is the GSMA Mobile World Congress – joining nearly 100,000 delegates and more than 2,000 other exhibitors, all packed into ten cavernous halls in Barcelona for four days in February.

During MWC, you expect – or at least hope - to hear the new insights, innovative ideas and front line intelligence that will help set your course for the next year. What’s often surprising, however, is what is not raised. No mention of ‘OTT’ at all, for example, in the Day One keynotes, traditionally the ‘marquee presentations.’ Very little talk of 'digital transformation.’ Little sign of the currently popular practise of loosely attaching 'digital' to anything telco, to indicate ‘new.’ I was surprised – the threat to operator revenues from new digital competitors hasn’t gone away, and we know that many operators are transforming their businesses, whether for reasons of cost and efficiency, to improve the customer experience, or to better deliver the new kinds of services into which many are diversifying. So it’s happening - but it’s not grabbing the headlines at this conference.

I wondered whether I was observing a significant change of attitude among leading service providers.  Could it be that they’re genuinely ready to look forward, and that no-one wants to spend Day One talking about the legacy - even in terms of transforming it?

Slowly, slowly, the telecoms world seems to be becoming part of a genuinely new generation of communications and technology, best represented by that collision of communications, software and the cloud that we’re loosely describing as the ‘Internet of Things’ (which certainly wasn’t overlooked on Day One) and the emerging 5G concepts of ubiquitous high-speed low-latency networking, enabling everything from driverless vehicles to self-regulating wind farms to remote surgery to just about any other thing you can think of which would benefit from remote monitoring and automated management.

So is ‘digital transformation’ a mirage?

Actually, it would seem not. While it may not have featured heavily on Day One, it became more evident later in the week, in the Day Two and Three keynotes and in many breakout sessions and panel discussions – particularly those that focused on the ‘Industrial Internet’ and didn’t depend so much on operator participation.

An interesting departure over recent years has been the increasing involvement in Mobile World Congress of non-telco industries, as we recognise that the ‘mobile world’ isn’t just about smartphones and other consumer devices. As Richard Fain, CEO of Royal Caribbean Cruises observed, ‘we have mobile devices too; it’s just that ours weigh 200,000 tons and regularly seat 6,000 for dinner.’

The point wasn’t flippantly made. Though it’s not an obvious use case, communications and the internet are transforming the cruise business – partly by turning ships into satellite hubs that can support streamed entertainment and ship-to-shore communications for customer, but in other, smarter ways too. Online booking and remote check-in systems mean that customers can now go from quayside to cabin in twenty minutes – a process that used to take two hours or more. All crew are issued with Wi-Fi enabled tablets, not only to help them do their jobs but also to help them stay in touch with families at home that they may not see for months on end.

As Fain also observed, technology is not just about increasing efficiency and profits – though it has huge potential to do that – it’s also about improving the customer experience, not least by, in his own words,  ‘taking the crap’ out of day-to day transactions and processes and freeing us up to do more rewarding things. Smarter check-in means less irritable passengers and more time for the crew to work at improving the on-board experience for travellers.

Similar points were made throughout the rest of the show, about the power of digital transformation to radically change businesses and improve the customer experience. Mike Curtis, VP Engineering at AirBnB revealed that 30,000 guests used AirBnB’s online marketplace for their stay in Barcelona this week during the show - around 30% of total attendees.

Real-time communications between the host and the guest is part of this – Curtis identified it as one of the fundamental pillars of the trust on which this service depends – and which is having a marked impact on the traditional hotel business; after a guest stays once at an Airbnb once, his or her preference for a traditional hotel over ‘peer to peer accommodation’ drops from 79% to 40%.

So in the end it left me thinking – digital transformation certainly is happening, but maybe it’s not primarily a CSP thing. Communications – and mobile communications in particular - has long been a digital service business – most of us haven’t used an analogue service in almost ten years – and one which has continuously striven for better, faster, smarter processes for everything from installations to billing.

Many other industries, however, are only now changing radically – turning the hitherto analogue and physical into automated, digital processes - and this is where we find the new wave of ‘digital transformation’ with all its attendant characteristics of cost and efficiency improvements and a better customer experience – much of it highly dependent on the heavy lifting that CSPs have undertaken to support digital, real-time communications and operator platforms.

As William Ruh, GE’s CEO, observed at another session during the week, the last decade was all about the consumer internet. The coming decade is all about the industrial internet, and we’re on the cusp of astonishing change.