CommsDay Summit in Sydney was a huge success - but was there something missing? - Dialogic - ContactCenterWorld.com Blog

CommsDay Summit in Sydney was a huge success - but was there something missing? 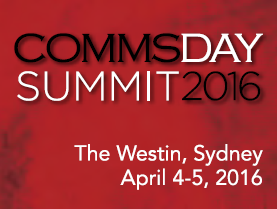 The CommsDay Summit 2016 in Sydney was many things. It was a family reunion of sorts for the Australian telecommunications market complete with appearances by the outspoken uncle and unappreciated sibling (I won’t name who). It was a “no holds barred” wrestling match where incumbent wireline and mobile operators stood shoulder-to-shoulder with new entrants along with analysts and regulators to go over the state of the Australian telecommunications market. It was a group therapy session in which Telstra got up in front of the crowd to explain two recent outages for which they tried to make good by their customers by letting them feast on unlimited data for not one, but for two whole days in the past two months. During the most recent free data day, subscribers downloaded a record 2,686 Terabytes of data.  That’s equivalent to over 1.1 million HD downloads of the latest Star Wars movie!

There was “high drama and intrigue” on the galactic scale as politicians and carriers alike discussed and questioned the tactics around the national broadband strategy. There were also heroes: the conference participants raised more than $10,000 (AUS) for the Telco Together Foundation, an organization that helps disadvantaged communities in Australia and headed up by the CommsDay event master of ceremonies, Renee Bowker.

There was also coverage of emerging technologies and trends impacting the telecommunications market. For example, Luke Clifton from Macquarie Telecom talked about Software Defined Networking (SDN); Jeremy Deutsch from Equinix discussed hybrid clouds; and Guavus VP Chris Menier talked about Big Data. I had the opportunity to talk about Network Functions Virtualization (NFV) and how it was a game changer to the telecommunications industry. When I started the presentation, I asked for a show of hands on how many people were familiar with NFV, and not surprisingly only a few folks indicated they’ve heard of it! 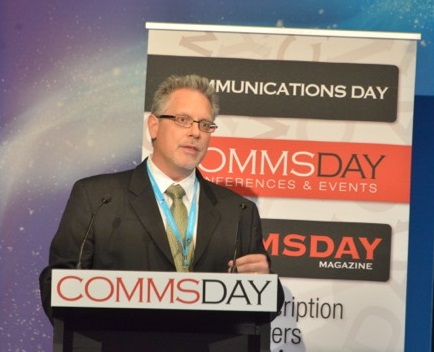 Outside of telecom and the immediate vendor and analyst community, NFV is probably not well known, although it is shaping up to have a huge impact on how communications and data services are delivered as well as how Telcos are organized. You can download the presentation from SlideShare as well as other CommsDay Summit presentations.

Yes, CommsDay was all-encompassing and provided a cross section of perspectives, but I think it was missing one component – the voice of the enterprise!

Enterprise IT shops for years have known about virtualization, clouds and data center automation, and those concepts are making their way into the telecommunications infrastructure. What’s not readily apparent is the benefit to enterprise organizations that NFV and Software Defined Networks will have. I did a blog recently on Network Slicing that talks about enterprise-centric use cases enabled by NFV and virtualization that’s worth checking out if you haven’t already. As virtualization, decomposition of network functionality, customization of network slices, and reduced costs in implementing networks plays out, enterprises will have more control in how they communicate not only with their employees, but also their customers.

So as the telecommunications industry evolves to a software-centric model that is more flexible and agile, enterprises heavily reliant on Big Data from IoT will have a bigger role in defining their communications infrastructure. I think for the CommsDay Summit to be totally comprehensive in the future and put them on the bleeding edge, the voice of the enterprise will be important to round out what’s really going on with the state of the telecommunications market. Let me know what you think by tweeting us at @Dialogic.