What “Onward” by Howard Schultz Taught Me About Customer Experience - FCR - ContactCenterWorld.com Blog

What “Onward” by Howard Schultz Taught Me About Customer Experience 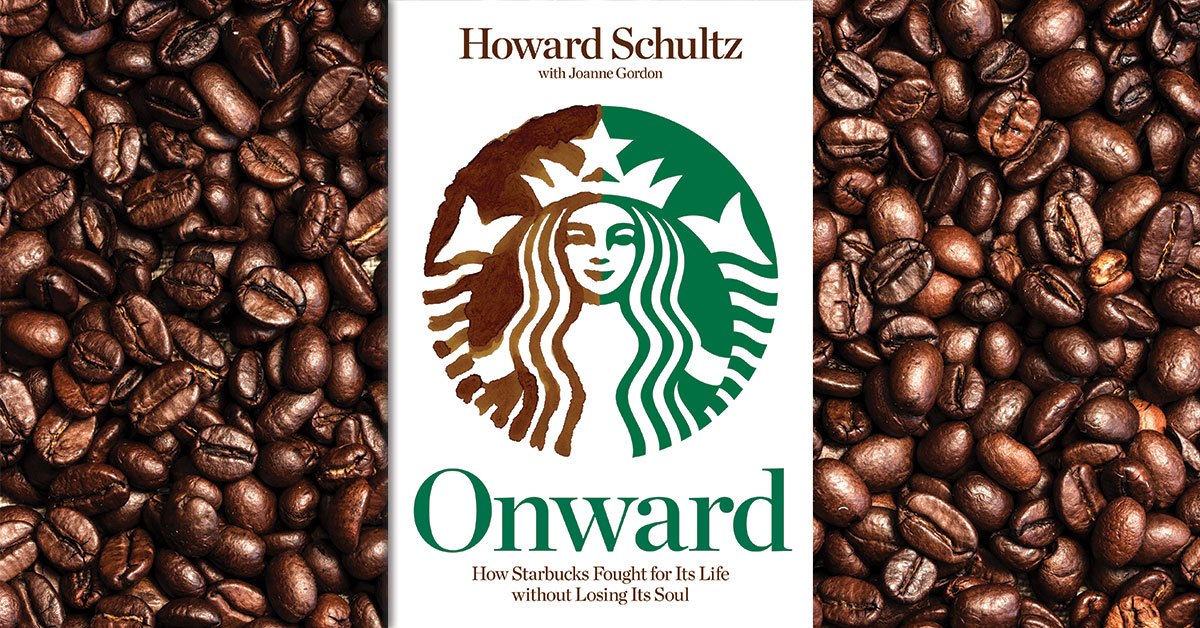 I have several books staring at me, begging to be read — one of which is Onward by Howard Schultz, Executive Chairman at Starbucks. It would still be staring at me had it not been for the discovery that my local library membership affords me access to stream tons of audiobooks using Hoopla.

I’ve long been a fan of Starbucks, writing many blog articles from there, so it was a treat to finally listen to the book. Unbeknownst to me, but not surprising was the fact that Starbucks faced significant threats to their business in 2007 as the economy faced a terrible financial crisis. It’s at this point in time that Schultz stepped back into the role of CEO of Starbucks and set in motion his transformation agenda, putting the company on a better path.

As I listened, there were many aha moments, especially in relation to the customer experience. Allow me to share them with you in no particular order.

Even the smallest details matter

When Schultz decided to return to Starbucks as CEO, one thing he immediately worked to change was the breakfast sandwiches. The way they were cooked caused cheese to spill over into the oven and eventually the smell of burnt cheese would overtake the smell of coffee. While this certainly was an issue, the bigger issue was that there were a bunch of little things eating away at the core of what Starbucks was. If you look at any company with a great customer experience, they consistently get the little details right.

Innovation can come from anywhere

There are a number of interesting innovations that came out of this period of time at Starbucks. The one that stuck out to me most was where a chemist went into a Starbucks and shared an instant coffee he had developed in his spare time. It happened to taste significantly better than traditional instant coffee. Somehow that potential innovation made its way to Howard Schultz and they hired the man to run their R&D department. Many years and several innovations later, they created Via, an incredibly successful product which might not have been possible had they not listened to the feedback of a customer.

Schultz shares another story in the book about a meeting with Aldo Lorenzi, the owner of a cutlery shop in Milan, Italy. Schultz was impressed with the beauty of the store and merchandise. Lorenzi was not familiar with Starbucks and was blown away to learn that they had thousands of stores. This shows us that even the CEO of a giant corporation can learn something from a single shop owner. In this case, Schultz gained great insight as he was revamping the design of his stores.

Connection with a bigger purpose and impact

One of my favorite stories in the book came from Starbucks’ leadership conference in 2008. The company chose to hold the conference in New Orleans and ended up donating more than 50,000 hours of service to a community still reeling from Hurricane Katrina. This is just one example where they’ve worked to be good citizens in local communities, cities, and the world. Connecting employees and customers with a greater purpose than simply running a business and making money is incredibly powerful. While stock price performance is mentioned multiple times in the book, it’s the involvement in helping others and giving back that adds the real richness and value to the turnaround story.

Starbucks refers to all of their employees as partners. This is something that’s near and dear to our hearts at FCR where our employees are called “colleagues.” I like these terms because they have the power to break down walls and hierarchies as we work together as a team to improve the customer experience.

I’ve written many times about Starbucks’ customer service and the way they excel at connecting with their customers. While many initiatives occurred on a grand scale to turn the company around, Schultz also places significant focus on each and every customer interaction. They even reconfigured their stores to make human interaction between baristas and customers more conducive.

Aware of the fact that Starbucks Baristas were frequently sacrificing the quality of beverages in the name of efficiency, Schultz aimed to realign the organization around what’s most important. As a result, they closed 7,000 for a few hours one evening to train their staff on how to properly pull a shot of espresso. The goal was to instill in the team the importance of delivering the same, high quality drink every time to customers, and if it wasn’t right, they were empowered to throw it out and start over. There are many companies that choose quality or efficiency and vice versa and there are definite trade offs to both approaches. While Starbucks was still wise to look for efficiencies, it wasn’t going to be at the expense of the quality of their product.

It’s easy to look upon a billionaire leader of a large corporation with a degree of skepticism, as I’m sure many do, but the reality is that any initiative that aims to improve the customer experience will be most successful if it has the complete support of the CEO. This is the best way to ensure that everyone in the organization is aligned and working together to accomplish the transformation goal.

Despite my love for Starbucks, I’m not actually a coffee drinker. I’m a green tea drinker (iced and hot), having given up on Frappuccinos after my doctor told me to (cholesterol). In the book, Schultz talks about the Pike Place Roast that was created during this time of transformation that they began serving every day in each of their stores. The way he described the magic of drinking a cup of this coffee actually made me want to try it —  and I just might on my next visit.