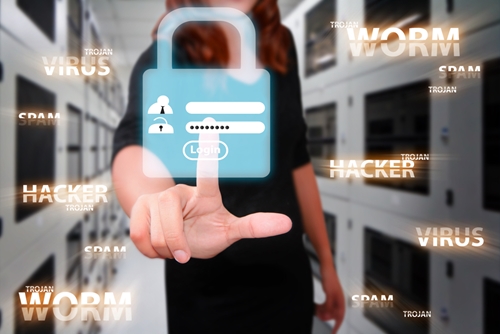 An increasing number of organizations are leaving their siloed, disparate communications systems behind in favor of a solution that is more integrated and unified. Now, unified communications represent a linchpin for enterprise daily operations, enabling employees to more seamlessly connect and collaborate with one another.

This uptick in adoption is also relevant to overall market growth. According to research from Global Market Insights, Inc., the UC sector is still expanding, and is forecast to reach a value of $96 billion by 2023.

However, as more organizations in an array of different industries leverage these critical technology solutions, hackers and malicious actors are taking notice. UC systems are often used to house and transmit considerably sensitive information, which can be tempting for cyber attackers.

Threats on the rise

Overall, we've seen a steady increase on the number of new malware samples for about the late decade. G Data reported that in 2016, a total of 6.83 million new malware samples were detected by security researchers, and experts are forecasting more than 7 million never-before-seen samples will be discovered this year.

When cyber attackers breach a UC system, it can give them access to all sorts of sensitive data, important business communications and other intellectual property. For this reason, UC technology should be at the top of the list when it comes to security priorities.

One of the first steps for proper protection is to be aware of the threats that are coming your way. Here are a few of the most pervasive and dangerous attacks concerning UC infrastructure that hackers favored this year:

Attackers have taken to holding data for ransom, encrypting critical assets within a victim's systems until he or she pays up usually in the form of untraceable Bitcoin.

This threat comes in connection with UC due to the ways ransomware is usually delivered - it often begins with a legitimate-looking, yet malicious email containing an infected link. Users are tricked into opening the email and clicking the link, which then begins the ransomware infection.

Once the ransomware is in place, the victim's computer displays a warning notification noting that the user has been locked out of his or her files until the ransom is paid. While some cases have emerged wherein victims pay the amount asked for and access to files is returned, more often than not, hackers will take payment without removing the encryption. Some attackers have even asked for a second ransom, confident the victim will pay.

According to Barkly, about 4,000 ransomware attacks took place each day in 2016, and attacks on businesses have increased - where an event once took place every 2 minutes, these instances are now happening every 40 seconds, Kaspersky reported.

Ransomware and phishing often go hand-in-hand. Similar to ransomware - and many other threats - phishing impacts an organization's email system, which is often the heart of UC. And like ransomware, sophisticated phishing attacks are on the rise.

SC Magazine reported that during the first half of 2017, Kaspersky Labs blocked 51 million phishing attempts. These attacks have impacted the mobile platform as well (known as smishing or SMS phishing), and have risen 250 percent since January.

While many users and employees are aware that phishing is a problem, one in every 14 people are still tricked into opening malicious phishing emails. Much of this has to do with the time and planning involved on the part of hackers - attacks use several different strategies to encourage clicks. This includes social engineering, wherein hackers will include the victim's name as well as the names of their boss or supervisor within the email to make it appear official. In other cases, tempting deals, discounts or coupons are offered - a particular threat during the busy holiday season.

Although many businesses still leverage traditional conference calling, video conferencing has become increasingly popular to support communication and provide an in-person feel. Research from IHS Markit found that 86 percent of businesses plan to make video conferencing a part of their UC system by next year.

"One in every 14 people are tricked into opening malicious phishing emails."

As these solutions are deployed in more enterprise settings, researchers have found that they can provide an entryway for prying eyes and ears.

"[V]ulnerabilities could allow hackers to eavesdrop on confidential meetings, read documents sitting on a conference table, or even zoom in to record keystrokes (such as passwords) typed by meeting participants on their laptops," eSecurity Planet contributor Jeff Goldman wrote.

These threats only scratch the surface when it comes to companies' use of UC systems. Motivated hackers seeking to snoop and steal data for fraudulent purposes are becoming increasingly crafty in their attacks, but this doesn't mean that your organization can't guard against them.

First and foremost, it's critical for IT administrators and other department supervisors to educate users about the risks. Employees that have a better understanding of the strategies hackers use to support a breach can be on the lookout for suspicious activity, illegitimate emails and other signs that point to cybercriminal activity. With the right knowledge, workers can become a pillar of enterprise security, as opposed to a weak link.

In addition, experts urged that UC systems have security measures in place. Goldman noted that a main misstep many organizations make is forgetting these basic protection measures and providing easy access for attackers. For instance, businesses have been known to deploy their videoconferencing solution and connecting it directly to the internet without placing a firewall or password protection in between. However, skipping this step in security can translate to considerable risk for enterprises, their employees, their important data and the infrastructure that supports daily operations.

To find out more about how to best safeguard your UC technology, contact the experts at Teo today.