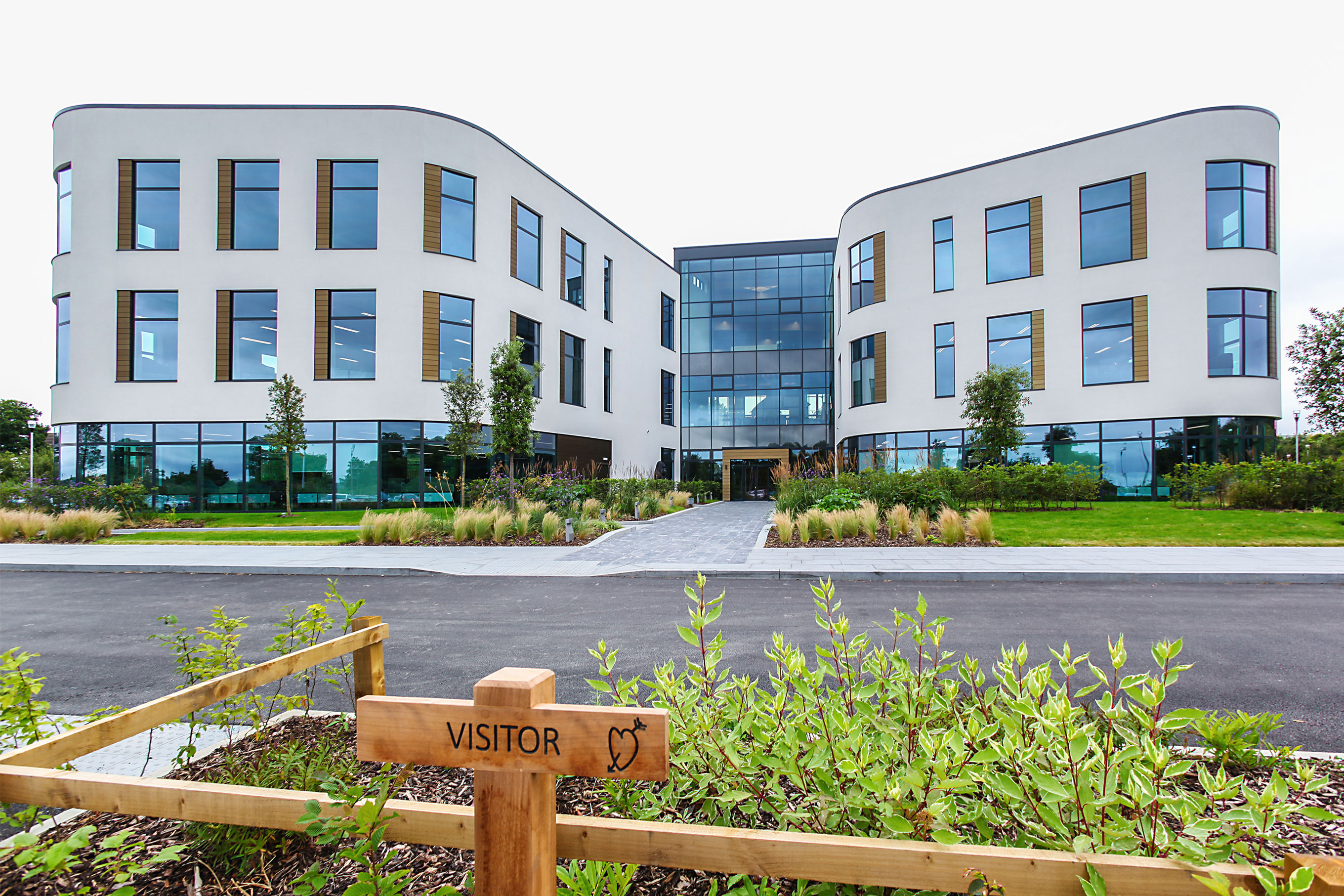 The development, located on the Western Gateway site in Wrexham, is designed to be the “happiest workplace in the UK”. Reflecting Moneypenny’s rapid growth, the building is able to accommodate up to 1,000 staff, supporting the company’s plans to create an additional 500 jobs over the next few years and double its client base by 2018.

Ed Reeves, co-founder and director of Moneypenny, masterminded the project. He said: “What we believe is simple: the happier our staff, the happier our clients.So when we out

grew our previous offices and made the decision to build a new headquarters, we asked ourselves how we can make sure our receptionists are the happiest in the UK? The answer was easy - ask them, so that's what we did. Through a series of focus groups we collated their ideas, suggestions and thoughts and used these to form the basis of the blueprint for the design."

Building work on the project was finished on time and on budget, with the move from its offices on Wrexham Technology Park taking place over the summer.

Inside, the striking 91,000sq ft building - which rivals the likes of Google and Apple’s headquarters - boasts a treehouse meeting room, its own village pub, a sun terrace and a triple height atrium with stadium seating and a restaurant offering free breakfast and fruit. Outside the development is equally impressive and surrounded by seven acres of landscaped grounds with nature trails, a duck pond and orchards with picturesque countryside views.

Remarkably, the entire development - designed by award-winning AEW Architects - cost the same price as a standard brick ‘box’ office too.

Ed continued: “We provided our architects with the same budget we’d been quoted to build a standard office and said ‘right, show us how we can create something amazing’. It was a challenge, but we ripped up the rulebook and that’s exactly what they did. Our new headquarters will deliver serious benefits for both ourselves and our clients, and we've already heard from a number of companies who want to use it as a model for their own developments.” 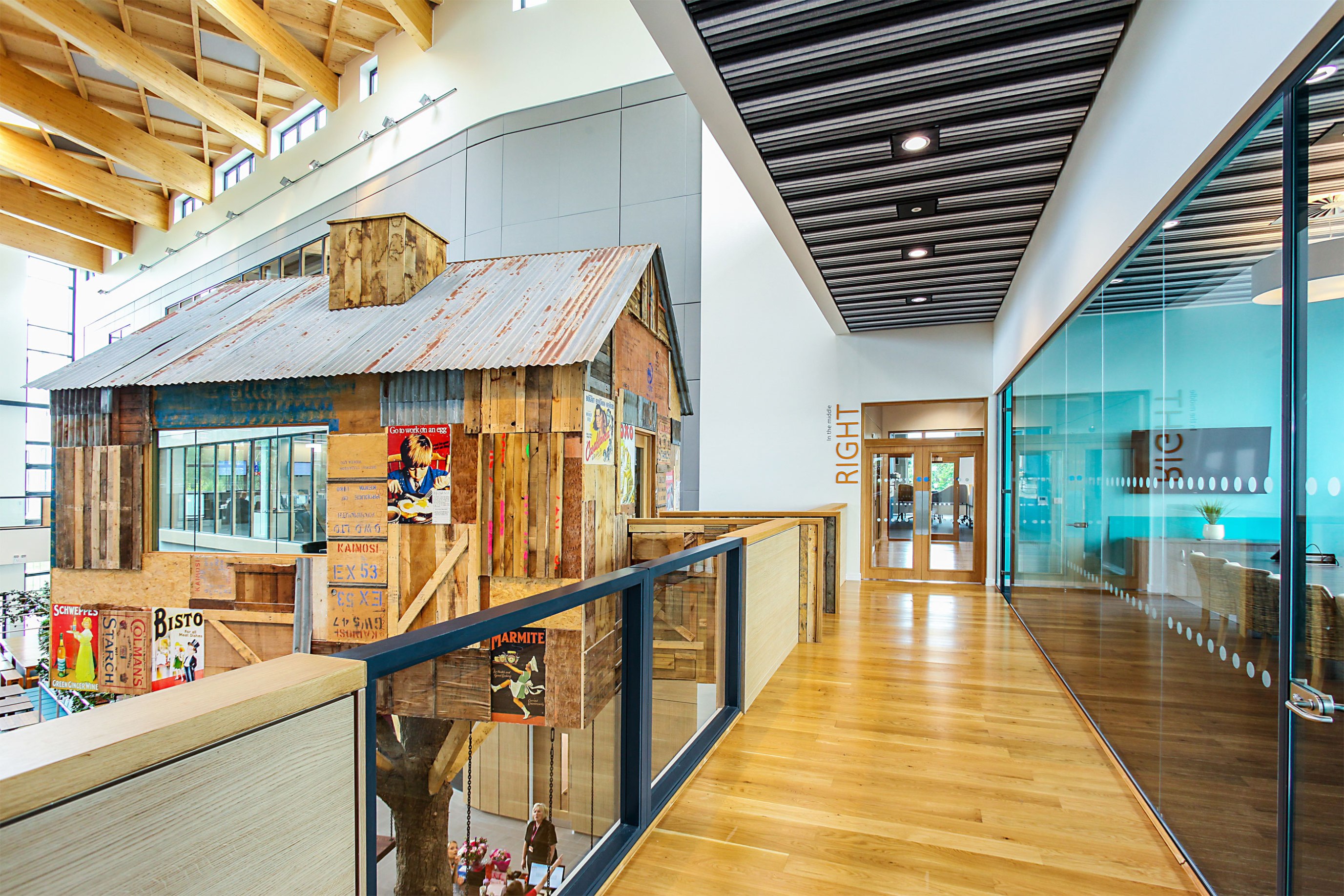 No ordinary workplace, this is the latest in business-leading moves that the company has made to guarantee the well-being of its staff. Four years ago, Moneypenny set up an office in New Zealand where staff fly out to on six month secondments to answer overnight UK calls so they don’t have to work night shifts.

“Offices in Britain," Ed continued, "are constantly ranked the coldest, ugliest or most miserable places to work, but business owners are missing a trick. There are countless studies which have proven that staff are more productive when they enjoy coming to work - but what are companies doing to make this a reality? For us, the building is more than just bricks and mortar. It’s a manifestation of our ethos, of our achievements so far, of our culture and of our aspirations.

"It's about blurring the lines between work and home so employees feel happy, comfortable and empowered. We understand what our clients need - and that's the very best receptionists in the world. Our new office has once again raised the bar in achieving this, ensuring we attract and retain the most talented staff in order to support our clients in the future.

"Moneypenny’s HQ will also be one of the most acoustically innovative buildings in the country. Using a combination of bespoke sound absorption and elimination technology, sound engineers have created the perfect call handling environment."
The Welsh Government is helping to facilitate and support the company’s investment and expansion by acquiring two properties that Moneypenny is vacating. Cabinet Secretary for Economy and Infrastructure, Ken Skates, said: “Moneypenny is a great made-in-Wales success story and I am delighted the Welsh Government is supporting this significant investment which is great news for the economy and for Wales.
“Moneypenny is a valuable member of the financial and professional services sector in Wales. Its investment in a bespoke new headquarters secures its long term sustainable future in North Wales and offers the real potential for future growth and the creation of many more jobs as it continues to expand. In tandem with this, our plans to invest in two of the properties they are vacating will provide an additional opportunity to attract new business and new jobs to the area.” Moneypenny worked with a number of Welsh companies on the build, including Hatrick Property Services, Bostock Air Conditioning, Wright Landscapes and Simon O’Rourke.
Cllr Neil Rogers, Lead Member for Economic Development and Regeneration, added: “Moneypenny is an excellent example of how companies can work with the Council when they wish to expand which will result in new jobs. Their continued investment in Wrexham proves that we are an area that companies want to invest in and that means jobs for local people. I am delighted with their success and their new premises and wish them every success for the future.”
Moneypenny answers in excess of 10 million calls a year either on an overflow or fully outsourced basis for both small and large businesses. Founded in 2000, the company currently employs over 500 people and has offices in the UK, US and New Zealand.