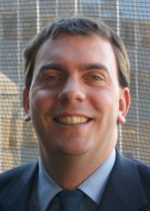 Cape Town is more than just a popular holiday destination for those who crave sunshine in the depths of the northern winter: it’s also making a credible bid to become an alternative to India for call centres and other outsourced business processes.

The South African government is betting on the call centre industry’s potential to boost the country’s growth and ease its unemployment burden. A new £71 million national incentive fund has been set up to woo investors, offering substantial tax breaks for every job created. The provincial government of the Western Cape has also set aside £1.4m for its CADET scheme, a project that trains talented but under-qualified young people for call centre employment.

“For many unemployed young South Africans working in a call centre is a critical and highly coveted step into the formal job market,” says Luke Mills of promotion agency Calling the Cape. “The manufacturing sector in the Western Cape is declining and many young people face a lifetime of unemployment relieved by occasional spells of domestic or manual labour. Unlike in Europe, call centre jobs in this context are a step up.”

One of the results of this job scarcity is that staff turnover or attrition rates are exceptionally low by international standards, having stayed around 14% for several years. In India, by comparison, attrition can be as high as 90% and the average call centre agent spends less than a year in each job.

Mills says Cape Town’s low attrition rates go a long way towards offsetting its slightly higher labour costs. “Our salaries are around 20% higher than in India or the Philippines, but their high attrition rates raise training and recruitment costs, as well as harming the quality of the work environment and customer service. And Cape Town’s labour costs are still less than half the UK’s.”

Cape Town’s traditional role as the hub of South Africa’s sophisticated financial service industry has also created a rich skills base, with over 13,000 agents being employed in the city. “The domestic call centre sector has roots going back to the late 1980s and is still accounts for nearly 80% of the industry,” says Mills. There are As a result, he says, levels of service and quality are exceptionally high by global standards.

Mills says Budget Insurance, one of the first UK-based companies to set up a customer service call centre in Cape Town, has saved 35% of its UK costs while achieving a 30% productivity increase and equalling customer satisfaction levels.

More recently Carphone Warehouse, which set up a Cape Town customer service centre in April 2006, managed to equal the performance of its UK counterparts within six weeks of going live.

More generally, the rate of “first call resolution” – an industry term referring to the number of customer queries resolved on first contact – is 89% in Cape Town, compared 66% in India.

Cape Town produces over 33,000 high school leavers and 15,000 each year. School leavers tend to have high-quality skills, with around 10-15% of those who apply for offshore positions being successful (compared to 3% in the Philippines). Many speak excellent English with an accent that is readily understood in Europe, and Afrikaans speakers have been successfully trained to work in Dutch-language call centres.

The cultural links between Cape Town and Europe, says Mills, are as important as the linguistic links. “The power of a shared cultural background and shared value system shouldn’t be underestimated,” he says. “Many European investors find it easier to do business here than in the East because we have a common set of assumptions as well as similar legal systems,” he says. “It also makes our agents better at conversation with clients based in the UK and Europe.”

The telecommunications cost problems which until recently undermined these human resource advantages have largely gone, with international telephony costs falling by up to 85% since the deregulation of the Voice over IP (VoIP) market in February 2005. There are now a number of well-established and experienced VoIP service providers in the market and the costs of converged voice and data capability are now on a par with those of the world’s most competitive offshore markets.

Neotel, the country’s second fixed-line national network operator, finally launched in August 2006. Its entry to the market has already created significant downward pressure on prices in the increasingly competitive market for corporate voice and data services. Although consumers still pay more for broadband service than their counterparts in most developed nations, prices are dropping fast and a wide range of technological options is available.

The combination of government support, high-quality and competitively priced skills and sophisticated telecommunications and other infrastructure has seen Cape Town’s call centre industry double in size since 2003, and the rate of growth shows no sign of slowing down. One good sign is the number of outsourced service providers with local operations, including Merchants, Dialogue, CSC, DCM, IBM and CCN.

About Luke Mills:
Luke Mills started his career as an investment banking analyst at S.G. Warburg in London (now UBS). He has subsequently worked as an entrepreneur and/or in management positions in a range of small businesses, including technology, publishing, property, and investor relations companies both in the UK and in South Africa. He brings 10 years of investment strategy and operational experience, as well as a passion for creating jobs, to CallingtheCape.

BPESA operates both as a specialist investment promotion agency for business process outsourcing (including contact centres) and as a national trade association and networking body for the industry. The mandate of BPESA is to create jobs. It does this by raising awareness of the industry’s potential internationally thereby assisting in attracting new investments. It achieves this by helping to create an enabling environment for investments to thrive and grow – developing the skills base, supporting SMEs, and providing linkages to national and regional government, ensuring the implementation of pro-growth policies. BPESA’s mission to promote job creation in the South Africa BPO industry. This is achieved through the promotion of: • Investment • Networking/Industry Development • Skills Development