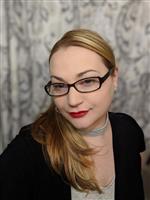 With the invention and evolution of chatbots, some of the more theoretical types of AI are becoming frighteningly more possible…

AI is a term we have heard with greater and greater frequency over the past several years. In all actuality, the term "artificial intelligence" has been around for a long time. John McCarthy came up with the name "Artificial Intelligence" in 1955. The most prominent example of living AI right now, surprisingly enough, are chatbots.

Artificial intelligence a computer system that can perform complex tasks that would otherwise require human minds. Tasks such as visual perception, speech recognition, decision-making, and translation between languages. There are 3 types of AI, though 2 of those types only exist in theory. You won’t find living examples of this theoretical artificial intelligence, or super chatbots, yet. Let’s talk about these different types of AI, including the theoretical, but sometimes frightening to think about, types.

Are chatbots taking over the world?

First, there is AGI or "Artificial General Intelligence." This type of AI would be similar to the human mind, which is why it doesn’t exist yet. That is because we still don’t have a full grasp of how the human brain works, so to mimic it in AI seems like a far-off idea for the time being, though conceptually speaking, totally possible. When you think of AGI, or "Artificial General Intelligence" you could imagine the ‘I-Robot’ character Sonny, a lifelike humanoid bot.

Second, there is the highly theoretical and almost scary ASI or "Artificial Super Intelligence." ASI would be capable of not only functioning at the human intelligence level but perhaps even surpass it. It would be more intelligent and able to do everything a human does better because it wouldn’t have trauma or bias to deal with.

This theoretical AI would even be capable of feeling and expressing emotions. When thinking ASI think of every Sci-Fi movie that stars a super-intelligent bot that tries to take over and rule humanity.

Thirdly, there is ANI or "Artificial Narrow Intelligence." This is the type of AI we are used to seeing and is in existence today. An example of ANI that nearly everyone recognizes would be Siri or Alexa. These two examples are just super-intelligent "chatbots" that are programmed to know a lot, and I mean A LOT, of information.

A programmer must teach this type of bot all this information though, hence the term "narrow" being used to describe it. This type of AI is only as intelligent as it is programmed to be because it requires the human behind it to predict possible questions and know how to answer. Also, knowing which types of questions and answers to program can make or break a chatbot.

DiRAD has developed incredible business "chatbots" that we refer to as IVA- Intelligent Virtual Assistants. They are like Siri or Alexa, except they are programmed for a business’s specific needs. Instead of answering "What is the weather going to be like today?" (a common Alexa question) a company could have IVA, built to answer their most frequently asked questions and MORE.

It wouldn’t just answer "What are your hours?" or "Are you open?", though. It could go as far as to schedule meetings for you. It could then input that meeting into your company calendar and be intelligent enough not to double-book you. A customer could ask if you have a certain product on hand. The IVA could check through your stock database to answer that question- all without human intervention.

IVA and chatbots are far from taking over humanity, conceptually speaking. It’s fun to imagine what the future may hold for this incredible technology, though.