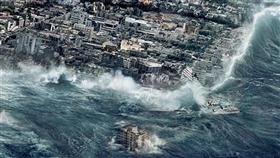 Are Your Customer Service Operations Ready?

Brace Yourselves. After a Hellacious Last Year, 2019 Hurricane Season Begins

Aftermath is an ugly word, isn’t it? One that contact center leaders dread and sure don’t want to hear this hurricane season, running June 1 through November 30.

The mere mention invokes images of disrupted customer service, at best—or operational disaster, at worse. In a word, consequences, especially for the inexperienced or unprepared. Either way, the outcomes can be dire.

After more than 20 years in this industry, I’ve worked with clients and served their customers through the likes of Sandy, Harvey and Michael—and dozens of other hurricanes, blizzards and floods.

And when the worst seems behind us, something just as onerous occurs, ravaging everything and everyone in its path, with ramifications felt long afterward. The "day after" turns into weeks, months and even years.

Florida Today reported in June: "Forecasters slightly boost the projected number of storms this Atlantic hurricane season." And that prediction came during the first week of the 2019 season. Who knows what actually will happen?

Given the reach of recent hurricanes, however: Are your contact center disaster preparedness and precautions wide and deep? Are they mapped out for different eventualities—beforehand?

Because, as evidenced by storms of the past couple of years, the destructive wakes are widening and the post-trauma lingering.

According to CNN, we can expect four hurricane-size storms this year, "Brace yourselves for up to four major storms in the Atlantic."

Fluid and Flexible: Backup to the Backup

For contact centers, which were ravaged by 2017 and 2018 hurricanes, it’s not just a matter of having fortified, redundant operations. That has to be a given.

Rather, they should be fluid and flexible, too. Sure, swift and staffed to outmaneuver and outlast any storm. That requires mobility, scalability and sustainability—from the inside out, and well ahead of harm’s way.

That’s nearly impossible to do with brick-and-mortar call centers stuck in a storm’s path. A case in point is Matthew, a Category 5 hurricane. Its fury far-reaching and devastation prolonged, Matthew spanned from the Caribbean to the Carolinas, from September 28 to October 10, 2016.

As it hit Jamaica, a client’s brick-and-mortar call center there was evacuated, with customer service shifting to remote contact center agents in California, Texas and Wyoming.

Unrelenting, Matthew roared north, up the East Coast along Florida. Its ferocity forced the client’s second call in Melbourne to be evacuated, as Gov. Rick Scott warned at the time: "This storm will kill you." Again, remote agents outside the storm’s swath picked up work as the client’s Floridian call center agents fled to safety.

In this instance—and for other storms as well—the client had backup to the backup. Integrated physical and virtual contact center operations to ensure nonstop service, with plenty of on-demand resources at the ready.

Questions to Ask: No Silver Bullets

Such resiliency and responsiveness must be built into the business, from the get-go. That requires asking the right questions, with thought-out answers and well-rehearsed plans in place.

Bottom-line questions, such as:

Not offering any silver bullets here. Just some thoughts, based on experience—good and bad.

And yes, running a contact center every day is challenging enough. Just think how overwhelming storms and other disasters will be if business continuity is left to chance. "Oh no" shouldn’t be an operational axiom.

This hurricane season, possible new tempests await—with the names of Barry, Chantal and Gabrielle —to blow through with something wicked. (The first on that list, Andrea, a subtropical storm, occurred in May, before the official 2019 season began.)

Good news: There’s still time to get ready. Best to be wary and wise. After all, no business wants to be an afterthought in the aftermath. Wouldn’t you agree?