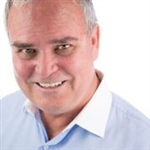 A major debate in most Call Centers is whether team members should read their scripts out while on a call, or memorize them as quickly as possible, so they can sound as natural as possible.

The problem with either approach is that a lot of scripts are just simply garbage!

They are usually written by one of the managers who hasn’t been on the phone taking or making calls for ages or written by ‘committee’ in such a way that it doesn’t allow team members to use their personality to develop rapport with prospects to earn their trust.

And, without earning a prospect’s trust you have little chance of making a sale.

Frankly, it doesn’t really matter whether they read or memorize their scripts, neither of these approaches is the formula for success.

Over the past 35 years I’ve been managing Marketing Departments and Call Centers, consulting with businesses around the world mentoring and coaching their Call Center Managers and Team Leaders, and especially having owned a Call Center myself…one of the most important things I’ve learned is that the best telesales performers follow a winning sales process that works for them rather than spending too much time memorizing a script, much less reading one while on a call.

Of course, when they first started out telesales agents didn’t know what was going on or how things worked, so they started out reading their script and over time made a few changes, and after time the words were implanted in their brains.

But they soon came to the realization that it's a consistent sales process, not fancy words and phrases that make the sale happen. Let’s face it, there are no magic words that cause people to instantly pull out their credit cards and beg you to let them buy.

And, here's the big problem with either reading or memorizing scripts - what happens when the prospect does something unexpected? What do you do then?

Top performers find a consistent sales process helps them far more when this happen than the precise words in a script. Getting to the next step in making a sale is more important, right?

When you listen to calls made by your top sales performers you quickly notice they’re aren’t necessarily following the script, but rather following a sales process that works for them.

Regardless of whether their taking inbound calls or placing outbound calls the formula they use involves an Introduction, transition to discovery, discovery, drilling down on their discovery, then the sales presentation before asking for the sale.

Now don’t get me wrong, I’m not saying that you shouldn’t have something for your team members to follow, especially new hires, but rather than having them read or memorize a script develop a Call Guide that follows a proven sales structure that best works for your operation that they can learn to follow.

Continuously coach them on your process. Give them time to learn it, so they’ll always know where they are in the sales process and can be their own genuine self.

You do this and they’ll discover the sales approach that works best for them, and the sales will quickly follow!

About Marc Carriere:
With worldwide executive experience managing Call Centre teams that have won 3 Silver and 3 Gold ‘Ardy’ awards, consulting with businesses mentoring and coaching their Call Centre Leaders and having owned a call centre himself, Marc is well aware of the difficulties Call Centres face consistently meeting their monthly targets.