Article : Contact Centres And The European Union – An Update 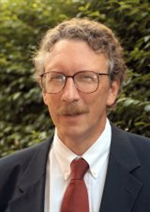 Earlier this year a rumour went around that the European Union (EU) had passed a law ("directive") on Unfair Commercial Practices which banned telephone marketing. This rumour was completely wrong – the Directive bans "Making persistent and unwanted solicitations by telephone, fax, e-mail or other remote media except in circumstances and to the extent justified under national law to enforce a contractual obligation.", which simply reinforces other legal requirements of the EU on data protection forbidding marketers from approaching consumers who have "opted out" from commercial approaches from that company/organisation.

In this way the Unfair Commercial Practices Directive can be seen to support opt out rather than opt in (which is required for "electronic communications", e.g. e-mail, SMS, etc.).

The Unfair Commercial Practices Directive will be applied at national level (when each national government has passed the necessary national legislation) by the consumer protection authorities, such as the consumer ombudsman in the Nordic countries, the Office of Fair Trading in the UK, etc. The responsibility therefore rests with bodies which are often well resourced, well experienced and have judicial powers (e.g. to fine or worse…), while most data protection authorities (DPAs) are responsible for a far wider area and are often less well resourced and have less direct power. We can expect to see this new Directive (adopted by the EU in May) more forcefully applied when it comes to applying Telephone Preference Services (TPS) or the individual's desire to opt out.

Today the EU also has a new battery of rules which actively allows national jurisdictions to pursue infractions across the EU's frontiers. A merchant who could hide behind its own national laws while defrauding consumers in neighbouring states is much more likely to be brought to book successfully thanks to a number of the new EU rules. We must applaud the reinforcement of rules which prevent fraud. We need the consumers trust and confidence to sell at a distance, and positive actions to stop fraud are good for direct marketing. But, the EU is also proposing a rule (the "Rome II Convention"), presently under debate in the European Parliament, which would require that the consumers' national laws apply (country of destination) not the usual country of origin rule on which the EU's Single Market is based. FEDMA is greatly concerned about this country of destination principle for a number of reasons: First, despite many years of "cooperation" the EU Member States still often try to keep or introduce laws which are protectionist by nature. Country of destination favours national protectionism. Second, on-line marketing seldom makes a distinction where the consumer comes from until the final order is taken. Increasingly consumers are being told right at the end of the purchase process "sorry we only sell to consumers in X or Y country". This safeguards the merchant, but makes it very frustration for the consumer who has Googled for a specific product or service and can only find this on sale in another country.

In the so called "Single Market" of the EU the idea that products cannot be sold across frontiers because of legal uncertainty should have been done away with ages ago. FEDMA is finding increasing numbers of examples where on-line businesses are abandoning a pan-European marketing approach, not because they are doing anything illegal (or even close to the line) but because they fear that if there was a problem the legal costs and delays would wipe out the low profit margins which they operate on. Sometimes there is also that old enemy of business – the rumour which turns business away. We at FEDMA have therefore produced a wide range of books/surveys on national laws and practices to help companies investigate what possible problems they may encounter while planning cross-frontier marketing campaigns

One of our new publications, produced jointly with the US DMA, is a global guide to Preference Services/Robinson Lists. This shows that, apart from the FTC/FCC No Call Lists in the USA, which have severely curtailed outbound calling to prospects, the UK, Norway and Sweden have seen a very worrying increase in registrations on their TPS systems. In the UK this has been mainly linked to silent calls caused by badly adjusted predictive diallers. Nearly 7 ½ million phone numbers are now registered in the UK, and a Corporate TPS (with nearly half a million registered phone numbers) has also been introduced by the government. The UK DMA, which runs both TPS systems under licence from the government, has now introduced a new Silent Callguard system specifically to allow people who do not want silent calls to opt out.

In Sweden and Norway (where nearly 80% of private phones are registered) the increase in registrations have been caused by the increasing number of calls, particularly at inconvenient times of the day, such as breakfast and dinner time, as well as by silent calls and badly targeted calls.

We fear that this rejection in Norway and Sweden, and the difficulties in the UK may result before too long in pressures for EU action, probably when the EU next revises one of its marketing related directives (unlike much national law, the EU's directives all specifically require a revision process, possibly with an up dating after (usually) 5-7 years). Thus the EU's marketing laws will continue to change and evolve over time on a regular basis (this year, for example, we will probably see a revision of the consumer credit directive).

The Unfair Commercial Practices Directive lists a total of 31 practices which are forbidden: no great surprises except that the law makes it very clear that the 25 EU Member States may not add to this list for consumer protection purposes (although some of the most fierce and restrictive marketing rules are based on competition laws – for example, the German rules on sales promotion). Some examples of these forbidden practices are:

This final banned practice is the most concerning in the Directive and some what unclear.

For Contact Centres dealing with on-line communications the e-Communications and Privacy Directive (adopted in July 2002) also applies. This states "the use of automated calling systems without human intervention (automatic calling machines), facsimile machines (fax) or electronic mail for the purposes of direct marketing may only be allowed in respect of subscribers who have given their prior consent" (Art 13.1)

But there is an exception when the consumer has given details "in the context of a sale" in which case "similar products" may be advertised to the customer without the need for prior consent. In some countries the definitions of what exactly these phrases mean are being debated. However, the general thrusts of the rules are clear – opt in for some DM communications, but not (yet) for telephone.

Contact Centres need therefore to keep well informed of EU developments on a regular basis and to help resource those bodies who work on their behalf to ensure that EU regulations are not damaging to businesses. FEDMA, for example, is very pleased with the results of its lobby, over 4 years, on the Unfair Commercial Practices Directive. We feel that bad practitioners will find it far harder to operate, while good operators should be much more encouraged. This work which we carried out consistently over quite a few years at the European Commission and European Parliament would not have been possible without the support of our members, but more could always have been done with greater support, and we believe the next time issues of out-bound marketing calls is raised there is likely to be a far more threatening debate because of the problems in the UK and Scandinavia.

About Federation of European Direct and Interactive Marketing (FEDMA):

The Federation of European Direct Marketing was created in 1997 as the single voice of the direct and interactive marketing industry at the European level. Its aims are to protect, promote and inform European institutions and the public about the direct marketing industry. It works for a healthy commercial and legislative environment for cross-border business.