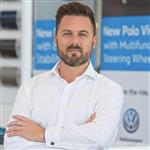 I cannot believe that it has been more than just a couple of months since the UK event and I’m already preparing for the finals in Vegas!! I am so fortunate to work for a company that provides me with the opportunities to do what I do best every day and I am truly honoured to have been selected to represent Volkswagen Group South Africa on the international stage three times now.

My journey to the contact centre world awards has been an exciting one, not easy, but most certainly very rewarding. I firmly believe in regular benchmarking, is vitally important for our contact centre to remain at the top of our game and the Contact Centre World top ranking performers conference is an ideal opportunity for us to compare our own performance against the best the industry has to offer on a global level.

Volkswagen Group South Africa has a history with the world awards spanning over 4 years now. In 2008 we were awarded Gold for Best Outbound Campaign in the Europe, Middle-East, Africa (EMEA) region and went on to win silver at the world finals later in the same year.

2010 was a big year for the CIC at the world awards where we scooped gold at both the EMEA and world finals for Best medium-sized contact centre. Considering we had conquered two of the most contested business entry categories it was time to compete in the equally highly contested individual categories.

My journey to the awards started in February of this year when I entered the category for Best Operational Manager. The entry process is rigorous and is certainly not for the feint-hearted. When CCW informed me that I had been selected as a presenting finalist I was thrilled, but it was then that the hard work really began. Preparing for the presentation was a very detailed process which involved input and guidance from several people in the contact centre.

Whilst this may have been a personal entry, I am representing the company and it is critical to portray the values of our company on the world stage. The presentation itself required a lot of thought and research in terms of what to include and how best to present the content given the short presentation time. I value the feedback of my fellow colleagues in this process and subjected the presentation to input and critique from my direct management team as well as senior managers in the organisation prior to final submission.

Once the finalised presentation was submitted I rehearsed the presentation several times, first alone, then to various audiences in the contact centre. I used the feedback from these sessions to improve my presentation technique.

This year’s EMEA conference was held in London from 25- 29 June 2012. Despite having to endure an 11 hour delay on my flight from Johannesburg to Heathrow Airport in the UK I was still in high spirits when I arrived at the Grange City hotel shortly before midnight on Sunday, 24 June.

The summer climate in the UK was a refreshing change from the cold winter weather that we are experiencing in South Africa. The longer days were really a treat and the sun only setting after 9pm in the evening took some getting used to. Due to my late arrival I had missed the technical check and video interview sessions scheduled for earlier that day. Thankfully I was only presenting on Tuesday, 26 June 2012 so I had time to catch up on these vital elements of the process.

On the first day of the conference I really took the time to concentrate not only on the content of what was being presented by the various presenting finalists, I also used the time to familiarise myself with the venue, the different presentation styles, the audience etc. as part of my preparation process for the next day.

On Tuesday the Operational Manager category was up first and I was presenting against a group of formidable competitors from South Africa, Greece, Denmark, Ukraine and Bulgaria. I felt confident during my presentation, but to be quite honest, all the presentations were of such a high standard that it hardly left me feeling that I had won. With the presentation over I could relax and really take in all the best practice information being shared with us from the other finalists over the next three days.

As the conference ended on Thursday, I had the Friday at leisure and decided to do some typical touristy‘’stuff’’. Being the avid tourist I am, I squeezed as much into the short time as possible. I ended up visiting the Tower of London (where the infamous King Henry VIII lived during the 1500’s and where many of his wives met an untimely, cruel death), Oxford Circus and Regent street (a shoppers dream) and I also managed to catch Mamma Mia on stage in the West End in the infamous Leicester Square and Piccadilly Circus area.

This most certainly helped to pass what felt like an eternity before Friday, the big day of the gala awards! Madame Tussauds was such a fitting venue to celebrate with my fellow top performers, on our arrival we received a hero’s welcome and spent some time socialising and networking with our fellow conference delegates and getting the occasional snap with our favourite celebrities.

Finally we moved through to the hall and enjoyed an amazing meal before the long-awaited awards ceremony started. In typical tradition at these awards, the individual awards are always left to last which means it was close to midnight before our category came up, the wait to this point was excruciating!! Raj started to announce the winners, starting with the runners up. Then, in third place, Greece. I was competing for first place against my fellow South African colleague from Inter-Active Technologies – a formidable competitor to say the least! Raj kept us in suspense for a few seconds longer and then made the announcement: VW Group South Africa first!

Many people have asked me to explain how I felt at the time and all I can say is that I felt slightly numb, the moment was quite surreal and it took a while to sink in. It goes without saying that I was thrilled with the achievement then, and still am as I sit here writing this. The reality however is that although this may be a personal achievement, I really see it as OUR award. If it were not for the fact that all the VWSA contact centre focused our energy and effort to bring us to where we are today, I would not have had anything to base my entry on or present about. The most difficult part of my presentation was to change all references from ‘’we’’ and ‘’us’’, to ‘’I’’ and ‘’me’’. You don’t have to know me well to understand how difficult that concept is for me. My brain automatically thinks in the collective form, it’s like second nature to me. No success is ever truly an individual achievement, somewhere, somehow other people are involved in our successes to a larger or lesser extent.

I am so grateful for the opportunity to do what I love every day and that I am supported by such a great team – they have played an integral part in bringing me to this point, and for that I thank them. The constant support via sms, e-mail and personally was what kept me going in those stressful moments.

My return to South Africa and back into the contact centre can only be described as PHENOMENAL. I arrived back to a hero’s welcome with a massive congratulations banner hanging outside my office and thunderous applause from the contact centre staff. I have been congratulated by so many people on different levels in the organisation, it has been unreal. Our achievement has been featured in several internal publications as well as on our corporate intranet site. Our achievement has also enjoyed extensive print and electronic coverage by external media.

The award is proudly displayed right in the middle of the contact centre as a constant reminder of our collective achievement. The next step is preparing for Vegas which is furiously underway as I write this article. I’m looking forward to competing on this prestigious level and to gain more best practice tip son how to enhance our contact centre heading into the future. Good luck to my fellow finalists and I hope to see many of the UK delegates there too!