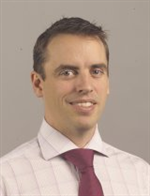 With a city centre whose heart was ripped out by a huge bomb in 1996, the city of Manchester in Northwest England knows what it feels like to have an unexpected disaster impact on the commercial operations of a city. Fortunately the centre now shines again, with stylish new stores and open spaces having risen from the devastation of that IRA bomb. Yet perhaps more surprisingly, a recent much less catastrophic, but significant, crisis seems to indicate that, even in this city, there remains complacency over business disaster planning.

In March a serious fire occurred in a BT telecommunications tunnel under Manchester city centre. The fire brought 130,000 phone lines down on a Monday, half of which still hadn't been restored several days later and left some without a service five days later. Around 30 banks in the city centre were forced to close and ATMs and credit card transactions became affected. Mobile networks became jammed, roads were shut and taxi drivers were reported to be struggling to find work as hotlines went dead.

By Wednesday evening, 58,000 lines were still to be restored and the fire had cost businesses an estimated £10 million at this point. By Friday evening 1000 lines were still to be restored. Angie Robinson of Manchester Chamber of Commerce commented at the time that, "Businesses in this area are losing £4.5 million a day. It's unlikely that they will be able to claim any of this back."

A poll was conducted shortly afterwards of 1,000 firms in the Manchester and Lancashire area, which showed that, even after this event, businesses remained complacent about communications disaster planning. The findings illustrate the uphill battle the UK faces to alert companies to the need to plan for the unexpected in relation to similar and other types of incidents such as terrorist disruption.

The crisis had considerable impact on commercial operations. 86 per cent of firms affected found the fire was disruptive and it had an impact on voice communications in 60 per cent of those polled. Email, fax or internet operations were also affected in 38 per cent of companies hit by the fire.

Few had plans in place to respond to such communication disruption. Just 34 per cent had a disaster recovery or business continuity plan in place, though 75 per cent admitted they would lose sales calls, 18 per cent losing upwards of 100 enquiries per day in such a situation.

Those polled also showed low awareness of solutions, nor did most appreciate the demands for disaster planning yet many of the same businesses reported making huge losses when affected by a telecoms disaster. 71 per cent saw little value in automatic call diverts in emergency and 70 per cent of those polled were unaware that banks expect businesses applying for loans to have a proven disaster recovery plan in place.

Experience of disruption of this type is that companies fail to have in place even the most basic solutions. Often, just getting a business's phones to automatically divert to a location scripted to manage them can make a huge difference, as can making sure the firm backs up data to a remote location. The challenge is how the contact centre services industry can educate firms that a disaster recovery plan does not need to be complicated, nor do its elements need to be expensive. Disaster and business continuity planning must, by definition, happen in advance. For the majority of British businesses this does not seem to be common knowledge or common practice.

About Ian Mitchell:
Ian Mitchell is business development director of Direct Response Ltd. He has worked as a consultant for The Overseas Development Administration and The Body Shop and went on to set up the inbound voice service for Alternative Networks. Ian has a degree in Human Geography and an MSc from the University of Bristol.

We’re redefining connected services. Why? Because the conventional outsourcing model is broken. Customers are not commodities and service is not a number on a balance sheet. This is a brand new approach. Where people matter and technology is intuitive.