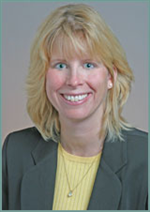 Remember Susan Powter, the spiky-haired blond woman who leapt around on stages in the early 90's, screaming at rapt (and slightly frightened) audiences to "Stop the Insanity"? I can't for the life of me recall what insanity she wanted us to stop, but the phrase stuck.

The other night, I had occasion to call my cable television provider. My issue was slightly complicated, so after navigating through the IVR I zeroed out for an agent. A friendly voice came on the line, and asked for my account number – which I had just entered into the IVR. "No screen pop?" I asked her, being in the business. "No ma'am," she laughed. "Our computers are very slow, as usual. We need to just Stop the Insanity and get these things to work!"

Now, I'm a firm believer in the concept that some things are under your control, and others aren't. So you have to do what you can about the former category, and learn to work with the latter. But while system issues are out of the agent's control, they are not out of the organization's control.

In our years of experience in testing contact center applications, we've noticed five main issues that surface again and again, negatively impacting agent productivity and generally driving both customers and agents crazy. All are entirely preventable via good testing and technology management practices – they are within the organization's control.

1. Misrouted Calls
Many companies route calls to agents based on their skill levels or customer priority codes. When calls are misrouted, it causes headaches for both the customer and the agent. At best, an agent's time is wasted on a too-simple transaction. At worst, customers are transferred repeatedly because agents are unable to assist them. Most often, misrouted calls are the result of programming errors, slow data networks or incorrect network settings.

2. Uneven Call Distribution
Your contact center's queue is growing, while other contact centers within your organization sit idle? This is usually because the software that's supposed to manage agent availability in real time doesn't. Thus to the queuing application, it looks like a call that finished 10 minutes ago is still going on. This is often caused by data network latency and service failures.

3. Poor Deployment Of Speech Recognition Applications
Customers love to hate speech recognition. When it works, it's the greatest. But when it doesn't work, and it seems like that's much of the time, it's a disaster. And after a customer is burned by speech recognition once, guess what they'll do automatically the next time? Zero out to an agent, thus lengthening queues and causing agents to deal with mundane issues that should be easily handled in automated systems. Speech recognition applications can fail or perform sub-optimally for many reasons, but the most common are undersized speech resources, poorly designed user interfaces, and systems that weren't designed handle the variability of voice quality across different telephony channels, such as cellular.

4. Unpredictable IVR infrastructure
Along with CTI, IVRs are probably the most critical element of a contact center. They also tend to be the most problematic. Large companies often employ several full-time staffers just to manage their IVRs (and you thought taking calls from angry customers was bad…). When an IVR goes down, those calls can sometimes be re-routed to other IVRs. But often, they are instead routed straight to agents, thus lengthening queues and directly impacting customers and agents. Most IVR failures are caused by hardware, middleware and legacy host failures.

5. Screen Pop Latency
Herein lies the key to the most perplexing issue for customers: "Why do I need to repeat my account number to you when I've already punched it into the phone?" Slow screen pops cause call-handling times and queue times to increase, while customer satisfaction decreases. Screen pops arrive late, if at all, when systems have trouble coupling customer data with phone calls, and this is most often due to data network latency and vendor interoperability issues.

While these are certainly not the only technology issues a contact center might face, they tend to be the most common, and the ones that impact agents the most. Work with your IT team to ensure that they're doing everything they can to address the sometimes simple issues that can have catastrophic effects on customers and on agent productivity.

Be sure to tell them if they don't, they'll be forced to watch Susan Powter re-runs.

About Sandra Tise:
Sandra Tise is a Director of Product Marketing for contact center test solutions at Empirix in Bedford, MA. Sandra has extensive experience in the contact center market, and prior to joining Empirix ran her own consulting firm focused on providing CRM solutions to telecommunications providers. Being in the contact center field, Sandra is a part of the speaker's bureau for Sales Force Automation, is an active member of the Help Desk Institute, and has spoken at many conferences.

Empirix has been solving testing and monitoring challenges for contact centers, helpdesks and communication networks since 1992. Our solutions help our clients reduce risk, accelerate technology time-to-market, maximize customer retention and reduce operating costs. Our flagship technologies, Hammer and Hammer Cloud Platform, are used by companies to enhance user experience. By simulating real-world communications, we test the end-to-end interoperability of network services and applications validating every function of your voice and data network. Hammer Cloud is a single cloud-based platform designed to accelerate release cycles by supporting the cross-functional testing needs of development, QA and operations teams, providing self-service testing and test case design for voice applications and contact center technologies and facilitates the adoption of DevOps practices with a shared script library and script porting across the software development lifecycle.