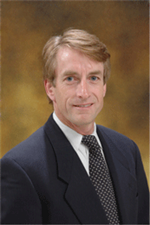 Before I talk about the biggest joke in call centers, I need to tell you about the biggest joke in Tucson, AZ. I lived there for three years and in case you have never been there, Tucson is teaming with wildlife. Many homes are built up against mountains and washes. Some of the denizens include mountain lions, bobcats, bears, coyotes, javelina, hawks, owls, and rattle snakes.

One implication is that should Fluffy the cat or Toto the lap-dog wander the property line for more than ten minutes, there is a good chance they will end up as a puff-pastry for one of the locals. When Fluffy or Toto don’t come back, Mom and Dad know what’s happened but the children don’t. They insist on putting signs on poles that say “Lost Cat: White. Furry. Responds to Fluffy. Call if you find her.” When you see those signs, you feel bad, but you also kind of chuckle imagining Mom and Dad going through the motions.

The biggest joke in call centers occurs when someone wants to make a change to a live call handling procedure. This change could come from a regulatory change, a best practice that has been discovered, or because Marketing decides they want to brand calls differently. Marketing might say, “Let’s just get all the agents to change and start doing it like this” and the call center leaders agree to it.

Like the Tucson parents going through the motions, anyone who manages agents knows that getting hundreds of agents, often in different centers, “to change and start doing it like this” is, as they say “a long putt.” The leaders know it is going to take a lot of effort and a lot of time and it is never going to be 100%. At best, without heavy policing from call monitors and big rewards/sanctions, it will take months for that process change to become fully adopted, which usually means it is being done about 85% of the time.

In a center handling credit card calls, Marketing decided they wanted to brand the end of every call differently depending on what happened during the call. They took 250 agents off the phones for an hour (which turned into almost two hours off the phones and thus 500 hours of lost productivity). They trained the agents on the reason for the change and the change itself, gave them some time to practice, put them back on the phones, updated the monitoring forms, and began sample monitoring.

After over 500 hours of lost productivity and lots of training/monitoring effort, the compliance rate was less than 40% after two months.

This is not surprising. Behavior change is extraordinarily difficult. You know this if you ever made New Year’s resolutions or if you have ever tried to take off a little weight. Even people who have faced death as a result of a heart-attack are very often unable to change their health jeopardizing behavior.

Processes are constantly being changed in call centers. It is almost impossible to put in the required effort to communicate, change all the scripts, the monitoring forms and training, and to follow through to make sure all the agents know about and actually make the change. Some leaders just resort to using email or a “chair drop” or a single team meeting. In the heat of a constantly changing battle, who can blame them? But trying to change agent behavior with an email or a chair drop? Let’s not kid ourselves.

We have to get better at this. When a change comes down for any reason, the rest of the organization needs to be able to count on us to get it right, not in a few months, not at 85% compliance, but at nearly 100% the very day the change is announced.

Impossible, you say. We can’t get agents to change that fast nor be that perfect.

In the credit card example, a subset of agents was using an agent-assisted voice solution. The new endings were built right into the flow which made it almost impossible for the agents to not play them when they were supposed to. In fact, the pilot agents were 97% compliant with Marketing’s new endings on Day 1 and were at 99.999%compliance after three days and stayed at that level for the remaining month of the pilot. This was accomplished without any effort from quality monitoring. A simple report showed what recordings were played on every single call by call type and agents were only talked to if there was a problem.

Possible, I say. And long overdue.

About Dennis Adsit:
Dr. Adsit has been achieving results with organizations for over 20 years. He is currently the VP of Business Development for KomBea Corporation. Prior to KomBea, he was Senior Vice President of Call Center Operations at Intuit, where he drove dramatic change and tens of millions of dollars in benefits. From 1995 to 2000, Dennis provided leadership counsel to top executives in the area of Six Sigma quality improvement at Rath & Strong Management Consultants.

KomBea, Inc is a call center technology company. Their ProtoCallSM solution is designed to reduce variation in call process and output, deliver a better customer experience, and lowers costs. Their ReCallSM solution can allow low-cost, open-format call recording with no PBX-integration requirements and can make call recording and screen capture more affordable to any size center with any technical configuration.