Training new agents is a challenge all its own. Not only is the trainer’s role multi-faceted, from teacher and counselor to motivational speaker to psychologist, but each new generation of trainees brings along their particular set of challenges. We ask trainers from around the world what their particular challenges are.

"The economy is somewhat improving but organizations are having figuring out how to do more with less. In that sense training is no exception. Also, the focus has also shifted from growth and development to more skill growth and retention. This has proven to be more of a challenge because we are finding there are less resources available. As trainers one skill we embrace is agility, we find ways to get it done. Along with the rest of our organization we are becoming more innovative in our thinking and approach."

"1- Learners distracting themselves in class with irrelevant content (e.g. web surfing during class, side conversations, etc.)
a) Preventive measure: ask for and set groundrules before class, and contract that they will be followed; then hold us all accountable during class.
b) Call a break and address the offender personally, out of ear-shot of others, and ask for correction of the offending behavior.
c) Dismiss the offender from the room, making sure s/he knows why, and report it to the supervisor. (this is worst-case and rarely needed). The offender will eventually need to attend again.
2- When training a large group (40+), 2 participants were talking between themselves and not paying attention. As I spoke, I casually walked through the room until I was standing behind the offenders. All eyes were on me as I did this, and when I got very close, they finally stopped talking. I called a break, the followed (a) above.
3- Late arrivals. My reaction varies, depending on how late. If within a few minutes, I just tell them to catch up during the first break, or after the session, and I make myself available to answer questions. If much later than just a few minutes, I turn them away and ask that they return to another session when they can arrive on-time for the full session." 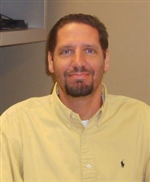 "We have had both support agents and trainers who did great when in a non-face-to face situations such as online training or email communications. It was with the personal contact that they struggled. The resolution and follow up were always right on, however the approach was lacking. Customers notice this right away and it was up to me to correct the situation, both at the customer level and as a manager of the trainer/agent. I found the best way to handle this is to be direct and not generalize the situation. You don't have to be a jerk and shout to get your point across. IT is critical that you address the issue AS SOON AS IT HAPPENS. Don't wait until it becomes a big problem or it may be too late to correct."