Article : What Kind of Leader are You? 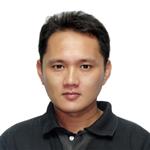 Roland Cerera, Digital Marketing Content Manager with TeleDevelopment in the Philippines asks the question in this article: What kind of Contact Center Leader are you?


You have been a supervisor for many years now and climbing up that ladder seems to be an illustrious dream. You, however, need to wake up. The corporate world is a wild jungle and only the strong survives. How did you become a supervisor in the first place?

The truth may hurt but hey, it’s the truth. Here are some of the realities of how some people were able to become supervisors.

The Straw
What do you use a straw for? To sip. In the Filipino language, when you say the word "sip" twice, it pertains to an obsequious individual (sipsip) who will go to the extent of buying merienda for his/her boss on a regular basis. This person is someone who acts like his immediate supervisor’s eyes and ears. He/She is up-to-date with the latest developments in and around the office – from as trivial as who used the restroom last to the serious family matters of every office personnel.

The "Straw" follows blindly and is subservient as a canine to his master. For obvious reasons, as soon as there is an opening for a promotion, this person is most likely to land it.

Beware of this kind of supervisor who rose to the position for being a straw. They will expect the same from their subordinates. They are oftentimes the kind of leader who are more of a boss with a superiority complex exceeding your office ceiling.


The No Absent, No Late Rise to Fame
I know someone who has never been late nor absent for two and a half years! Yes, that is doable! Considering the kind of work we are engaged in – local customer service for a bank. This guy’s attendance is impeccable come hell or high water.

When our manager checked out the short-listed candidates for promotion, his attendance record was the shiny glimmering highlight of his 201 file. Almost instantaneously, the promotion to a supervisor was his.

It is an inherent trait for some people to come to work and enjoy it. There could be several factors like friends at work or simply the love for the job. The problem arises if such fire is extinguished by new responsibilities because they can be overwhelming.

The Top Notcher
A total performer, dedication is well manifested on the quality of his/her work. He is a regular of every incentive program. Other supervisors would love to have him/her on their team. He is the "pet" of his supervisor but not really a "straw".

Though given the premise of dedication and hard work, sometimes these are not enough to gauge one’s ability to lead. Leadership is a totally different avenue from being a super employee. The best trait, however, is that this person’s technical knowledge of tasks and responsibilities in the office are incomparable.

School Sometimes Matters
This is discrimination in its truest form. Sad but true, there are still institutions who filter candidates based on the school that educated them. The saddest part is, in the real corporate jungle, there are instances where "alumni" are given priority in terms of promotion and career growth.

Having bosses from the same school will make you think twice about staying or leaving. This is a dangerous situation since this scenario inculcates an environment of dominance. Those who were promoted because of their alma mater can be expected to conform and not have a voice of their own.

Keep Your Friends Close and Your Family Closer
In our culture where we keep close family ties up to the seventh degree of consanguinity and affinity, it is inevitable to have promotion due to kinship. This is one of the primary reasons why it is not encouraged to have relatives work together in the same company. Nevertheless, it can happen that you got promoted because your mother, aunt, uncle, or father being in a rubbing-elbows relationship with the company’s CEO or whoever makes decisions.

The kind of leader this situation produces can actually have extreme effects. One, he can be extremely irrelevant as he knows nothing to begin with. Two, he must come from a brilliant bloodline to have such good connections.

The Tenure
This person has spent most of his adult life in the company. They have been an employee long enough to surpass the salary of a newly hired manager. For compassionate reasons, he/she is promoted to a leadership level.

There are many reasons why this happened. It could either be that leadership traits are unapparent or they are simply not interested in entertaining added responsibilities. Just like the top notcher, this person has mastery of all aspects of operation – for obvious reasons.

If this leader is afraid to take responsibilities as a reason for not climbing the corporate ladder, it is easy to address. Motivation is key in making this person flourish. However, if it is the lack of leadership skills, then there is an imminent problem. It can be addressed but may take some time and a ton of effort.

These scenarios are but a few of the many possibilities. We do not live in a perfect world. Farrah Florer Foz, a seasoned senior manager and a veteran at interviewing applicants, aired: "Sooo tired of hearing 100% attendance as the most important goal to achieve when I’m interviewing supervisor applicants from call centers. C’mon guys!"

The question now is, why do these candidates always put up front their dedication to merely focus on one end of the branching highways? They have narrowed down leadership to obedience and hitting a score that is downright impossible to maintain. Supervisors lead people, not machines.

Leadership does not encompass mere authority and the ability to make your subordinates obey. It is about compassion and due diligence as that of a parent to his child. Achieving a perfect attendance for your team is a long shot. The skills you have learned over time out of experience are among the key ingredients to a stew called "team management."

The kind of leader you are easily translates to the numbers you put up on the productivity board. On a broader sense, it is the reason how one becomes a leader that speaks well of his/her ability to lead. Leaders are made; notwithstanding the cause, a leader should look always look forward. It is the ability to adapt and learn that counts. If you are stuck at being a supervisor, it would be best to look back and ponder upon the ladder you step on.

About Roland Cerera:
A student of law and a part-time educator. A teacher by heart and a writer and manager by profession.

TeleDevelopment has been providing clients with global outsourcing and back-office solutions since 1991. Since that time, we have supported over 450 captive and outsourced contact centers and BPO providers’ human capital and processed development needs. Our expertise is the result of engagements with in-house as well as service providers and shared service centers throughout the world. Working from our offices in the United States, and the Philippines; we deploy experienced professionals to help organizations succeed from any location — domestic, near-shore, and offshore. We provide most comprehensive HR solutions to help make your organization more streamlined and effective: >Versant, our automated telephone agent screening tool >Near Hire through Management Training >Executive Recruiting >Agent Staffing >Outsourced HR Management >Consulting Services.