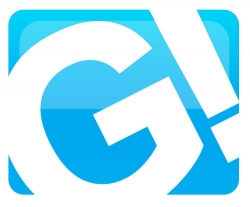 Established in 1974, Global Response Corporation is one of the top 20 call centers in the United States. With a focus on Customer Relationship Management (CRM), the company provides multilingual inbound and outbound teleservices, and fulfillment outsourcing to clients such as Hershey Foods, Thompson Cigar, Crate and Barrel and others from its headquarters in Florida.

Situation
When Global Response Corporation decided to offer outbound calling services, it wanted to gain a competitive edge by employing a sophisticated dialer application. At first the company made expert use of a leased predictive dialer, but soon decided to create its own application to ensure higher scalability potential and greater integration with its other applications. To leverage the in-house programming expertise of its development team, the company was looking for a telephony tool based on Visual Basic.

Global Response chose Parity Software, but was soon disappointed: "The software did not deliver on its promise of a Visual Basic coding environment, but instead forced our developers to use a proprietary script language called VOSS," commented Stephen Shooster, President of Global Response Corporation.

After eight months of struggle, which generated no results, Shooster and his team decided to look for an alternate telephony tool that would truly allow his team to leverage the in-house Visual Basic knowledge.

Solution
Global Response chose VBVoice, and has been pleased with its performance from the beginning:

"We are constantly trying to leverage our expertise in Call Centers and Visual Basic. Being on the forefront is a natural when you pick the right platform. Nobody does VB better than Pronexus."

While Global Response turned to Pronexus’ VBVoice for its elegant use of Visual Basic, the company’s developers discovered another beneficial feature: an integrated multi-threading model. Multithreading is implemented in the VBVoice runtime engine, allowing developers to apply serialized or fully multi-threaded modes to the whole application or to individual controls.

The embedded multi-threading model proved crucial to Global Response’s efforts to minimize time to market: "While Parity required us to write all of the code related to the threading model, VBVoice handled it for us, which literally cut the lines of code by half," commented Karl Martel, Senior Developer at Global Response Corporation. "As a developer, having to deal with only 50 per cent of the code lines reduced the development time tremendously. With VBVoice, the application required only two months of solid coding, whereas with the previous tool, even eight months were not sufficient."

Benefits
VBVoice has enabled Karl Martel and the development team to successfully complete the task assigned to them. Since the dialer application was completed rapidly, Global Response was able to expand its offerings and provide outbound calling services sooner as well as more integrated solutions.

"VBVoice is an outstanding product with superb Visual Basic implementation. It was truly instrumental in the development team’s successful project completion," commented Stephen Shooster. "And the project has been a true success: it has enabled us to increase agent productivity by 50 per cent overall and an additional 15 per cent over the competitor equipment through accurate tone detection and call handling."

Pronexus is the creative force behind VBVoice, recognized as one of the most seasoned and powerful IVR development toolkits available today. After 20 years of consistent innovation and technological advancement in the field of IVR development, Pronexus has expanded its product range to include the comprehensive IVR monitoring tool IVRGuard™, and Pronexus’ new offering, VisualConnect™. Pronexus’ commitment to innovative, future-proof solutions is demonstrated by our dedication to offering this new functionality as well as our status as an established Microsoft Silver Partner. VBVoice integrates with the latest versions of Microsoft® Visual Studio, enabling use of familiar programming skills and industry-standard programming languages. The intuitive visual call flow environment and programmable controls as well as the time-saving features of VBVoice, such as a multi-lingual prompt library and many sample applications that help new users to learn and understand toolkit functionality, make complex IVR applications built on VBVoice easy to develop and quick to deploy.