News : 10111 Strike Back on with Potential to Escalate 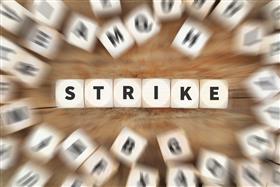 Johannesburg, South Africa, Aug 7, 2017 -- SAPS 10111 call centre workers are expected to intensify their strike action if their demands are not met.

Last month the Mercury reported that thousands of fed-up call centre workers went on strike over a stalled four-year wage dispute, with the SAPS forced to bring in uniformed officers to man the vital call service.

She said the strike could intensify if an agreement was not reached.

"The worst case scenario involves even admin clerks joining the strike. This action could go on indefinitely if our demands are not met."

She said the issues began in 2013 and revolved around salary adjustments.

Some call centre supervisors, who have 20 years’ experience or more, are on the level 7 band.

"This is where we want all the workers to be."

The Mercury reported recently that in 2013 workers approached SAPS management over their salaries failing to compare with those of call-centre workers at other government centres.

After a task team was formulated to benchmark their salaries against other officials, a report was compiled saying the workers’ salaries should be raised to salary level 7 – an increase of about R50?000 per annum.

The union said the negotiations in recent weeks at the Safety and Security Sectoral Bargaining Council came to a halt when compiling a written agreement to this effect.

The Commission for Conciliation, Mediation and Arbitration (CCMA) was then enlisted to help break the deadlock.

However, the SAPS said the union had withdrawn from CCMA negotiations and resumed their strike action.

"We would like to reassure the communities we serve that contingency plans have already been implemented at all 10111 call centres to ensure that emergency calls are answered and responded to as a priority.

"These contingency plans are tried and tested as they were implemented successfully during the strike last month.

"The strike action is regarded as a protected strike by the union-affiliated Public Service Act employees at 10111 Call Centres, but ‘no work no pay’ is applicable."

The police cautioned people against making unnecessary or hoax calls to the 10111 number or from phoning the number to "test" if operators were working.

"This places a strain on the queuing system.

"The number is intended for crime-related emergency purposes."