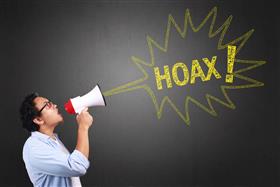 Bhubaneswar, India, April 23, 2020 -- Odisha Government’s Covid-19 helpline number 104 has been receiving miscellaneous calls from 38 different numbers. The officials of the call centre, which has been set up 0n Idco premises, lodged a complaint with Saheed Nagar police on Wednesday.

The call centre officials gave a detailed list of calls received by it between April 1 and 21. While about 279 calls were made from one number, 105 calls and 99 calls to the centre were made from two other numbers.
Sources said the persons calling the helpline number from last couple of days and talking dirty with the women officials posted at the centre.

"The call centre has received over 270 calls from one particular number," said a police officer. Police sources said the callers are engaging in mischief like asking the officials to send vegetables. Investigation is on and appropriate action will be taken against the miscreants, said the police officer. The Government had set up the call centre and asked the people, who returned from abroad and coronavirus-affected states, to volunteer for tests if they develop any symptom.

A professional ambulance and medical emergency service provider, which is operating the dial 104 helpline on behalf of the Government, said in its complaint that the call centre has been receiving hoax and indecent calls. "Due to such abusive and fake calls, the toll free 104 helpline is remaining engaged for long duration and as a result genuine citizens wanting to avail the service for emergency purpose are not able to contact the centre," the complaint further said.

The Government of Odisha and its 30 districts consists of an executive, led by the Governor of Odisha, a judiciary, and a legislative branch.

Today's Tip of the Day - Can You Deliver?