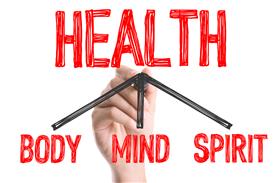 Chennai, India, Nov, 2018 -- While 108 emergency is an all-inclusive one, 104 is a medical helpline that provides information, advice and complaints on healthcare comprising both physical and mental.

Of late, there has been several incidents that reveal how people have been affected psychologically.

A casual conversation with an 104 helpline official revealed that they have been taking a slew of measures to address the issue which the second part of the series sheds light on.

The helpline receives 2,500 calls per day from the State and 5 per cent of them are from Chennai.

Once the call is received, basic details are collected by the registration desk and based on their complaint, the line is transferred.

"If the issue involves other government agencies, the information is right away sent to the nodal officer and they have to report back to us with details of the problem," said the official from the helpline.

Health information officer, health advisory officer, counsellors, service improvement officers and medical officers are the desks that cater to the medical needs of people throughout the State.

In addition, specialised doctors from government hospitals and colleges are deputed every month.

"A majority of the callers have questions about seasonal disease conditions. The queries are answered with the material authorised by the Directorate of Public Health and Preventive Medicine," said the official.

To cater to the mental health requirements of people, the employees of the helpline have been taking proactive measures by employing clinical psychologists who work round-the-clock.

In one of their reactive measures, the team has been providing counselling to the State police force.

The official said, "For the past one year, it was reported that several cops had committed suicide. After this, we began to probe the reasons and identified that they are not psychologically strong. The reasons were alarming which made us chip in and address their problems."

"They are mentally vulnerable and harassed to a great extent. To lighten them up, the counsellors visit the training academies in Egmore and St Thomas Mount weekly once or twice to conduct group therapy. Several police officers open up at such meets and give vent to their emotions," explained the official.

When the exam season begins, suicides seem inevitable and the team begins its campaign well in advance.

"For school students, we begin to target them as early as January, which is the preparatory phase, and provide them information about their food habits and maintaining physical and psychological health. The follow-up continues post the exams – during the time of results. Expert counsellors provide them mental support," added the official.

When the ‘Blue Whale Challenge’ was making waves in the city, several students fell prey to it and the team received quite a lot of callers asking about the unusual behaviour of their wards. With combined efforts, 15 children were saved from committing suicide, he said.

"Post-rescue, the counsellors followed them up and enquired about how they got into the game and ensured that they did not fall into the trap again,’ said the official.

The department has also been actively advocating organ donation. "For the past few months, we have been promoting organ donation as there is high requirement. If a family is willing to donate organs of the person who passed away, we coordinate with the local government hospital and request the team to go to their location for registration and completing the formalities," said the official.

Several patients are admitted to government hospitals for attempting suicide. Recently, the 104 helpline gathered information about such people and tracked them for the next few months as they would be prone to commit suicide once again.

"We kick-started this initiative a few weeks ago and hope to bring down the suicide rate in the State," said the official.