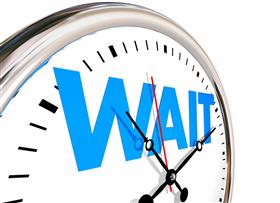 Bhopal, India, Feb 20, 2020 -- On an average, it takes about 24 minutes for an ambulance to reach a patient in distress in Bhopal. This time has been reduced by 4 minutes, representatives from 108-ambulance service have claimed.
The information was provided during a presentation at the inauguration of the new 108 call-centre by health minister, Tulsi Silawat, here on Wednesday. Department of health and family welfare, principal secretary, Pallavi Govil, and Ayushman Bharat MP CEO, J Vijayakumar, were also present.
It was announced that the health department will link walkie-talkies with the 108-call centre. The facility will help people in areas, where there is no mobile connectively. Connecting frequency range used by walkie-talkies of forest department would be used. Around 200 villages have been identified where mobile and telephone service is not available. These areas include Dindori, Alirajpur, some parts of Sidhi, Rewa, Shahdol, Panna, Katni, Dhar, among others.
The government-run ambulances, which cover all 51 districts of MP, have increased the number of daily dispatches. The increase in capacity with 606 ambulances and 780 Janani express has now pegged the average dispatch per day at 7,500 per day, claimed 108 representatives.

The free ambulance service is funded by the MP government and operated by ZHL. However, about 6% of these vehicles are always off the road for repair and maintenance.
The new 108-integerated call centre with 135 seats for handling calls for 108-medical emergency and 15- seater additional facility is dedicated to handling calls from 104 service. The centre has three doctors who help assist in critical cases via telephone. They handle about 25 patient calls per day.
Zero tolerance for drunk drivers in 108 ambulances: Health minister Tulsi Silawat has directed 108-call centre to enforce zero tolerance for pilots driving under the influence of alcohol.
Health minister silent on use of ‘old call-centre’: Unable to find makeshift arrangements for smooth functioning of 108 call centre during shifting of location, a duplicate set of equipment about Rs 6 crore was purchased. The government-funded call centre ‘108’ is now left with two set equipment and one call centre. When asked about the situtation, Silawat did not reply.
The strange situation has developed after plans for the existing call centre at Kamla Nehru hospital, established for Rs 3 crore, was to be shifted to a new location at Hoshangabad road. The new call centre is at C21 Mall, Hoshangabad road.
#contactcenterworld
Posted by Veronica Silva Cusi, news correspondent
Source: https://timesofindia.indiatimes.com