News : 112 — Maharashtra’s Single Emergency Helpline to be Operational on R-Day 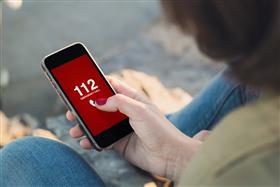 Mumbai, India, Nov 18, 2020 - Maharashtra’s centralised emergency response helpline is likely to become operational on Republic Day next year. Once functional, the helpline — 112 — will eventually replace all other emergency numbers.

The Maharashtra Police awarded a five-year contract to Mahindra Defence to set up and operate two control rooms in Navi Mumbai and Nagpur. The police have also acquired office space in buildings in Mahape in Navi Mumbai for its primary contact centre and in Nagpur for its secondary contact centre. The firm already operates the Uttar Pradesh Police’s emergency response centre.

All personnel receiving calls will be civilian employees of Mahindra Defence while police personnel will work at the contact centres in supervisory roles. S Jagannathan, Additional Director General of Police, Planning and Coordination, said that 70 per cent of all calls will be routed to Navi Mumbai and the rest to Nagpur.

"Dial 112 was set up primarily to focus on women’s safety in the aftermath of the gangrape of the 23-year-old physiotherapy student in New Delhi in 2013. Citizens can use the helpline for all kinds of emergencies," he said.

In line with the Mumbai Police’s emergency response system, the state police’s new system will also see police vehicles fitted with GPS systems. Jagannathan explained that personnel receiving calls at the two contact centres will forward calls to respective district control rooms, which will direct the nearest vehicle to the site of the emergency. "We have added over 1,500 cars and over 2,600 two-wheelers with GPS systems. We have trained a set of dedicated personnel in each district to respond to emergencies. This will free up personnel working at police stations from responding to every call for help," he said.

Location tracking will enable both district control rooms and the contact centres to monitor the time it takes for help to reach those in need of it. "We will log the time each call is received, when a police vehicle reaches the site, what help it provides and what time the call ends. This will allow us to analyse our response," Jagannathan said.

Until the new helpline number becomes popular and citizens get habituated to using it, it will exist alongside 100 and 108, he said. "Calls made to 100 and 108 will also be attended to at our two contact centres. After some time, we will disband 100 and also integrate with the Mumbai Police Control Room," Jagannathan said.