News : 14,000 Engage with Irish Helpline for Employee Health and Wellbeing 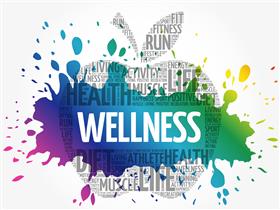 Dublin, Ireland, Oct 30, 2019 -- A new study shows that an average of 40 calls were made each day, with mental health support being the highest service in demand.

A recent clinical study has found that more than 14,000 calls were made to a health and wellbeing helpline by employees in Ireland over the course of a year.

The study was led by Spectrum.Life’s Dr Sarah O’Neill, who said that, on average, 40 calls were made each day to the organisation’s Employee Assistance Programme (EAP), and that almost 8,000 of those reaching out were seeking help for mental health issues.

Stress, anxiety and mood accounted for more than half of all calls placed, with the highest number coming from those aged between 31 and 35.

According to O’Neill, this finding suggests that people in their early 30s are more prone to pressure or stress at work, but that they are also more willing to seek professional support early.

Also emphasised in the report was the smaller likelihood of men to take advantage of workplace support services. Women accounted for 59pc of the calls made, while just 41pc were made by men.
On-the-job support

O’Neill highlighted that half of all calls to the helpline came through during traditional working hours, with 11am to 12pm being the busiest time.

She said: "The fact that people are contacting us during the working day may indicate that there is a real urgency to their need. Having access to support services at work is important, as they may be feeling stressed or distressed, and the issue may be exacerbated by having to wait to seek support.

"When it comes to dealing with mental health issues, early intervention is really important. Providing employees with access to clinical professionals at any time of day is critical when it comes to promoting mental wellbeing."

O’Neill also found that employees who had interacted with their managers in relation to their mental health experienced significant improvements. Of those reporting severe distress during an expert consultation, nine in 10 said they saw a decrease in symptoms after engaging with the helpline.

She said: "There was a marked decline in the levels of psychological distress experienced by employees following EAP intervention. Having support from qualified psychotherapists is allowing distressed employees to address any difficulties in a healthy and productive way."

Speaking to a new workplace phenomenon, O’Neill added: "More and more we are hearing about presenteeism, which is where employees attend work but are not fully productive as a result of physical, mental or personal factors. It is estimated that presenteeism costs businesses up to three times as much as absenteeism, so it is in everyone’s best interest to reduce its prevalence."

The Spectrum.Life EAP provides 24-hour support to corporate members, including staff and family members. Its services include an online live chat, call helpline and video counselling.

Speaking to its importance in the modern workplace, O’Neill concluded: "By encouraging employees to engage with preventative support services and by providing employees with the opportunity to learn new self-care skills, employers can help to create a stigma-free work culture and open up the doors of communication between staff and managers."

Today's Tip of the Day - Benefits Of Certification