News : 1555: Record of Telephone Calls to the New Unified Number of Citizens' Service of the Ministry of Labor 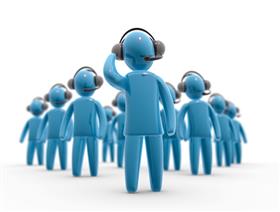 Athens, Greece, Nov 21, 2021 -- Calls to 1555, the new unified number of citizens' services of the Ministry of Labor and Social Affairs, show a vertical increase, after the start of its full operation.

Having completed a 100-day trial period, which covered the services of EFKA, OAED and OPEC, the new call center has now integrated all the services and supervised bodies of the ministry. In other words, it also covers the Body of Labor Inspectors (SEPE), social solidarity services, labor issues (ERGANI), gender equality and demographic policy. Also, through 1555, it is possible to contact the Line 15900 for Violence against Women, but in this case the calls are forwarded directly to the experts on the subject.

According to the Ministry of Labor and Social Affairs, the widespread coverage of 1555 by the media over the past week helped to inform more citizens of its existence and to rush to call, to request information, to submit requests and to be informed about their pending cases.

What the statistics show

The traffic experienced in 1555 in the last days is significantly increased, in relation to the pilot phase of operation of the call center, especially at certain peak hours. According to statistics compiled on a daily basis by the Ministry of Labor and Social Affairs, on Wednesday 10 and Thursday 11 November there were intervals where more than 1555 citizens were called to 500 at the same time.

"The goal is the immediate and quality service of the citizens"

However, as officials of the Ministry of Labor and Social Affairs point out, despite the increased flow, the vast majority of those who call are served quickly and without problems.

In particular, during the first five days of full operation of the call center, 92,5% of the calls were served, with the average waiting time being 1,23 minutes and the average call duration being 4,21 minutes. For the calls that, due to the load of the telephone lines, cannot be answered within 5 minutes, a special call back service is activated, through which the call center calls the citizens back.

The goal, according to the ministry representatives, is "no call to go unanswered".

What do citizens most often ask?

Regarding the content of the calls, based on the available data, the issues of competence of EFKA and mainly the pensions, are the ones that are asked most often by the citizens. During the first five days of its full operation, in 1555 it received 28.976 calls for EFKA issues, followed by OAED and OPEC with 3.796 and 3.201 calls respectively. Employee retirement processes were at the top of the callers' interest, with a total of 1.314 calls.

Other issues that concerned the citizens were, in order, based on the number of calls, the payment of retroactive payments, the granting of supplementary pensions to private sector pensioners, issues related to the register of insured persons, disability benefits through KEPA, the the award of old-age pensions, sickness benefits and the retirement process for the self-employed.

How does it work

For the management of citizens' calls, 1555 is supported by a specially designed two-tier service system. At the reception level are the executives who answer all calls, provide information and guide citizens in the use of available online services. Individual or complex requests are forwarded to the second level of service, by opening a special card (ticket) for each case. At this level, there are teams of specially trained executives of the institutions, who undertake the management of each issue and the communication with the citizen, until the final settlement.

In this way, the officials of the Ministry of Labor and Social Affairs emphasize, "the citizen who calls in 1555 knows not only that someone will answer his call, but also that he will find an end to the issue that concerns him".

In addition, as they note, through the systematic registration and monitoring of the progress of the requests, useful conclusions are drawn regarding the procedures where the most obstacles in the service of the citizens are identified, in order to make the necessary corrective actions.

The ministry plans to further support the operation of 1555, with actions already underway, such as upgrading the 1555 website, creating a chat room and a special digital application for mobile phones.