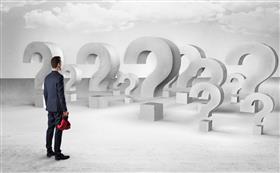 Stoke-on-Trent, UK, Nov 5, 2020 -- Union bosses claim BT workers in Stoke-on-Trent have been told they will have to commute to Birmingham to keep their jobs - or face compulsory redundancy.

The Communication Workers Union (CWU) says the 170 employees working at the BT call centre - at Telecom House, in Trinity Street, Hanley - will have to travel around 50 miles to another office.

It comes as the telecoms giant is looking to slash its number of offices, call centres and specialist sites to just 30 as part of a 'modernisation' programme announced in 2018.

Now the CWU is today staging a national day of action against the plans. It is also set to call a national consultative ballot to ask members if they would support a future vote for industrial action, putting an end to over three decades of industrial stability.

CWU official Gary Watkins said: "BT Group's plans to implement compulsory redundancies will have a devastating impact on our members and the local communities they serve. Many of our members are key workers and have kept the country connected during the pandemic – this move is a kick in the teeth for them.

"The CWU is fighting these changes and we call on the public and politicians to support us. BT Group may say its plans are not widespread but the reality is its approach is one of death by a thousand cuts. No member is safe. No job is safe."

BT has confirmed that the company is 'consolidating' its UK sites. It insists no decision has been made over the future of the Hanley contact centre.

A BT spokesman said: "We haven't announced the closure of our contact centre in Hanley, or any redundancies at the site.

"As we modernise BT, we are consolidating our footprint of corporate offices, contact centres and specialist sites across the UK from more than 300 to around 30 locations. This three to five year programme was originally announced in May 2018, and, as we continue to progress with this, more announcements will follow."

The spokesman added: "As part of BT's modernisation programme, we have also announced to colleagues our plan to simplify redundancy and paid leaver arrangements for UK staff, while ensuring our severance terms are competitive. We continue to consult on the proposed changes with both BT colleagues and recognised trade unions."