News : 1915 Helpline Functional to Get Rid of Traffic Mess 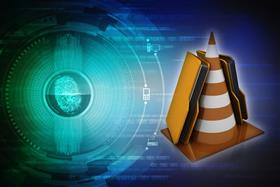 Peshawar, Pakistan, Nov, 2017 -- In order to solve traffic congestions rising out of the construction of Bus Rapid Transit in Peshawar, Khyber Pakhtunkhwa Secretary Information Qaiser Alam and Secretary Transport Kamran Rehman chaired an important meeting in Civil Secretariat Peshawar in which a detailed discussion was carried out and plans were finalized with officials of the Police Department and Peshawar Development Authority (PDA).

According to details, Secretary Information issued directives to start broadcasting public service messages on regular intervals using the government owned FM Radio Pakhtunkhwa channel providing details regarding traffic congestions and alternate routes at various spots in the city so that people may be directed accordingly. Qaiser Alam Khan also directed to start issuing display ads in print media highlighting alternate routes to be used in the city in case of traffic congestions arising out of the construction work.

Additionally, it was also decided that flyers, pamphlets and brochures will also be published and distributed among educational institutions and general masses for awareness purposes.

SP Traffic Riaz Muhammad also informed the meeting that the traffic police department has initiated using educational mobile vans in various parts of the city to inform public on alternate routes and areas of congestions. Moreover, a helpline (1915) has also been made functional which is providing information to masses regarding traffic situation in the city.