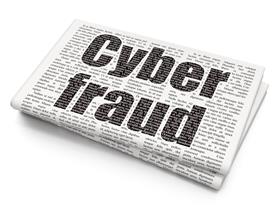 New Delhi, India, Feb 17, 2022 -- The government has launched a new helpline number 1930 to report incidents of cyber fraud and also track down the fraudsters conspiring to appropriate your money by illegal means. If you become a victim of cyber crime/fraud, the victim may dial 1930 immediately and report the crime. After providing the primary details of the financial transaction, a mechanism will be initiated to rescue the stolen money to wherever it landed. Following this, the police will take action.

Govt took the decision to phase out the old number with four-digits to facilitate easy reporting of cyber crime. With the help of Department of Telecommunication (DoT), the Union Ministry of Home Affairs will replace the existing number 155260 with 1930 in a phased manner.

"After the digital alert is sounded, a token will be generated and the beneficiary bank, wallet, or merchant will be alerted to trace and freeze the defrauded amount. The stopped-flow will then be reported back to the platform. In case the money has been transferred to another financial intermediary, the process will keep repeating till the amount is put on hold," said Asthana.

How helpline number works, how fraudsters will be tracked?

The victim would be notified with an SMS including the reference number of the complaints and a link to the website on which the victim will be required to register a complaint within 24 hours.

"Once a formal complaint is received on the national cybercrime portal, police proceedings will follow to retrieve and revert the money into the victim’s account and trace the fraudster," said DCP (Special Cell) KPS Malhotra.

If no formal complaint is registered on the national cybercrime portal, the frozen funds would be released by the intermediary concerned to be transferred on the instruction of the beneficiary.

Reportedly, Union Home Mminister Amit Shah has asked to give top priority to this initiative that can rescue victims of cybercrime from the hassle of running around with their complaints and waiting for months to get their stolen money back and criminals tracked.

Notably, the 1930 helpline is significant owing to the time factor. The chances of tracking the siphoned-off money and stopping its transfer are the primary focus within the first few hours. Precious time is lost with victims lodging complaints at police stations.

"This initiative will help in real-time incident reporting, transmission, escalation, estoppels and resolution with the singular objective to prevent the defrauded money from exiting the financial ecosystem and ending up in the hands of the fraudster, either in hard cash or as goods purchased over e-commerce sites," said Malhotra.