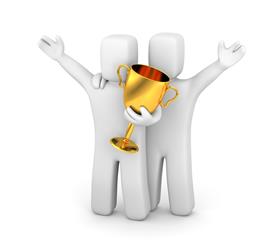 The Collab Partner of the Year Awards consist of five awards corresponding to the five distinct regions, namely Africa, Americas, Asia, Europe and the Middle East. These awards aim to celebrate the best sales performance in the current year, to recognise the best worldwide partners in the Collab Platinum Partners Program.

"1Stream has been a long-time exceptional partner for Collab, with both the technical expertise and sales excellence, and it is a great honour that we present 1Stream with the first award for Partner of the Year in Africa, 2018," says Pedro Rodrigues, Executive Board Member of Collab.

This global award is a reflection of the solid work done in the past years and showcases 1Stream's skills to act as a local competence centre for other partners requiring specialised assistance.

Bruce von Maltitz, co-founder and joint CEO of 1Stream, says: "This accolade is a real tribute to 1Stream's philosophy of focusing on the delivery of great support, backed up with best-of-breed technology and a technical team that understands what is needed to operate world-class contact centres."

It is this ethos that has created the successful partnership seen between 1Stream and Collab, and has earned 1Stream the recognition as Partner of the Year in Africa, 2018.

1Stream are providers of Hosted Contact Centre technology. The hosted or “software as a service” model offers affordable, pay-per-use access to world-class technology including a complete range of multi-media applications to route, record and report on any contact centre activity. 1Stream also offers ongoing support and consulting services to help clients extract maximum value from their technology services.

Collab is an European Multimedia Contact Center (cloud and premises-based) company, headquartered in Lisbon (Portugal), with a strong heritage of innovation and it has been providing platforms to businesses of all sizes around the world for 10+ years. Our portfolio includes Nubitalk Cloud, OneContact CC, OneContact WFO and OneContact Gamification and Artificial Intelligence powered modules. Founded by a team with a solid experience in the contact center business, Collab anticipated a technological revolution that disrupted the contact center industry: 100% SIP based, without any PBX, for large-scaled organizations. Our offer is cloud based and supported by Microsoft Azure, allowing a greater flexibility and easy deployment. Additionally, on-premises solutions are also available. Collab has gained customers and partners all over the world in key areas of Telecommunications, Banking, Healthcare, Government and Insurance with branches in different regions such as Mexico, Brazil and Benelux. Collab is part of a larger IT Corporation, Novabase with currently over 2000 employees in more than 35 countries.