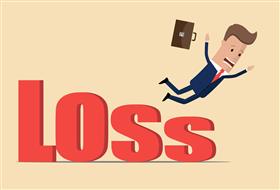 Staff were told the business had been seeking a new buyer, but bosses had been unsuccessful.

A member of staff, who wished to remain anonymous, said 150 to 200 people have been made redundant across the East of England.

The jobs have been lost in a call centre operations site in Norwich, as well as in sales.

According to the company's LinkedIn profile, its site in Norwich is on the Abbey Farm Commercial Park in Horsham St Faith.

According to the BBC, Zenith Home Improvements is owned by parent company the Kairos Group.