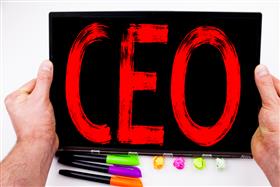 The appointment was made by 21Vianet Group (NASDAQ: VNET), mother company of DYXnet Group.

The move is designed to facilitate greater collaboration between DYXnet Group and Blue Cloud, while exploring and capitalising on synergies.

Wing said: "I am honoured to succeed Lap Man as CEO of DYXnet Group. He is a serial entrepreneur and respected leader, who has developed DYXnet Group into a mature, respected and well-structured business. I am now looking forward to working with DYXnet’s 500-strong team to serve our enterprise clients to best effect."

After joining 21Vianet Group in 2013, Wing drew on his considerable experience with Microsoft, his former employer, to provide Blue Cloud’s commercial and consumer customers in mainland China with Microsoft Azure, Office 365 and Power BI services. He did this by collaborating with the Microsoft Product Group and China S&M team.

Wing said: "DYXnet celebrates its 20th anniversary next year, so we will reaffirm our commitment to embracing change, welcoming new challenges and exploring every opportunity – all in the best interests of the company and its many customers."

Lap Man has led the Group for the last 19 years as Founder and CEO, and will continue to serve DYXnet Group as adviser. In 2017, he became one of the founders of Beyond Ventures, a Hong Kong-based venture capital fund that seeks to revitalise the local innovation ecosystem and help start-ups get off the ground.

In a message to staff, Lap Man wrote: "We have written history by driving DYXnet to achieve double-digit growth over the last seven years, even in the face of formidable market challenges. DYXnet has developed a sophisticated system based on a very solid foundation. Wing is an enterprise-tech veteran, holding more than 20 years’ experience with Microsoft in high-profile roles such as General Manager of Customer Services (CSS) & Support for the Asia Pacific and Greater China Region, as well as Asia CIO, Greater China Financial Controller and other S&M roles. He was also responsible for supporting the Asia Pacific, Greater China, America and EMEA regions. I believe he will establish best-in-class practices that will help the company build on its reputation for employee, operational and customer service excellence, while achieving sustainable growth into the future."