News : 24 Jobs to Go at National Pen but 20 New Roles to be Created 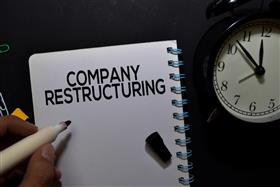 Dundalk, Ireland, Jan 9, 2020 -- There has been mixed news on the local employment front at local company National Pen today.

The firm, based at the Xerox Technology Park, have announced a restructuring that will see 24 jobs lost at the contact centre.

Those impacted are a nightshift team who support the Australian and New Zealand markets. This section will close in May.

In somewhat better news, 20 new positions will be created over the next three years for a new online team as part of the restructure.

A statement from the company read: "In order to optimise Contact Centre operations, National Pen will be restructuring one Dundalk based nightshift team who support the Australian/New Zealand market. This restructure will effect less than 3% of National Pen’s Irish workforce (24 employees) and will come into effect in May 2020. The company is committed to working with all those affected by this decision to support them throughout the transition period."

The company says 20 new roles will be created over the next three years as part of a European online team.

"As the business evolves, National Pen also announced plans to continue to expand their Online Team in Europe with the creation of approximately 20 new positions in Dundalk over the coming three years. This expansion will include new roles in Paid Search, SEO, UX/UI, Content, Operations, etc. and initial recruitment for these roles has already commenced."

"It is regrettable that we’ve had to implement a restructure in our Contact Centre and we are committed to fully supporting the team affected throughout the transition. In 2019 at the peak of our busy season our headcount in Dundalk exceeded 1,000 employees, and we created over 30 permanent roles across departments in the first half of this financial year in addition to the new ecommerce and technical roles we have planned for the future.

"As a company we are committed to our European Headquarters in Dundalk as Ireland remains the central hub of our international operations," he said.