News : 24/7 Municipal Police Hotline to Open in Tallinn from January 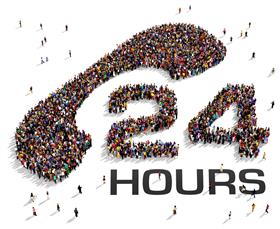 Tallinn, Estonia, Dec 11, 2019 -- A 24/7 municipal police (Mupo) hotline will launch in Tallinn in January, creating new jobs and offering a more comprehensive service, there will also be increased officer patrols.

A call center will be set up to support the hotline that will employ at least seven people. Three posts will be created based on Mupo internal resources. It will be used as a command center in crisis situations.

From Jan. 1, the number to call will change from 1345 to 14410. Currently, the Emergency Response Centre receives an average of 660 calls per week concerning the city of Tallinn.

The new helpline is being opened as the cooperation agreement with the Emergency Response Center in Tallinn expires on Dec. 31. Mupo manager Aivar Toompere said the new helpline is more cost-effective, as the municipal police force currently pays "quite a bit of money" for the service to the nationwide emergency center.

Toompere said taking over the helpline will increase the tasks Mupo have to do. "We have problems such as: open sewers, major water accidents, traffic obstructions. We are going to have information about it and pass it on to those in need. Two people work during the day and one person at night. When a (callers) queue occurs, it is possible to switch between two jobs if there is an emergency," he said.

The Patrol and Surveillance Department will increase the number of patrols from Jan. 1 as the force now has more issues to deal with.

District elders in Tallinn wish to have more Mupo staff in each district to carry out district work and three chief inspector posts and five senior inspector posts will be created next year.

While in the past the focus of Mupo challenges was on parking violations, now there are the challenges of public order violations. This is borne out by call center statistics: the number of calls has risen by about 10,000 in the last two years, most of which are patrolling challenges.

While parking challenges and traffic regulation are the focus of morning challenges, public order has been heavily added to the challenges faced on evening patrols. The number of calls to respond to is also expected to increase due to the opening of the new helpline.

An extension of the rights of municipal police officers is currently being discussed with the Ministry of the Interior. If rights are extended, many of the current police responsibilities are likely to be handed over to Mupo.