News : 30% of Calls to Suicide Helpline by Jobless Youths 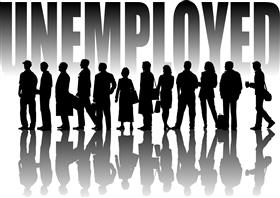 Ahmedabad, India, June, 2022 -- Mahesh (name changed) who earned Rs 15,000 per month lost his job following retrenchment recently. He took up a job for Rs 7,000 in another company to take care of his family and two kids even as he nurtured suicidal thoughts. Mahesh was saved after he made a desperate call to 18002333330, Jeevan Aastha’s suicide prevention helpline, on May 15.

Realising that he needed to act quickly, the helpline’s liasoning officer Pravin Valera put Mahesh in touch with a counsellor.

"We also dispatched a team to his house where we counselled and convinced him that this is a temporary setback and he can always get a better job in the future," said Valera.

Mahesh still works for Rs 7,000 per month, but is now actively looking for a job that pays well.

The case is just one of the over 270 calls that the helpline received in May 2022, of which 30% (81 calls) were made by people who felt defeated due to their poor financial condition or joblessness.

"We counselled each of these callers who had suicidal thoughts as they had lost their job during the pandemic and were forced to work in low-paying jobs just to sustain their families," he said.

Of gaming and frauds

The helpline also got calls seeking help with extramarital affairs over online games, financial frauds and getting honey trapped for sextortion.

"We got a call from a 25-year-old man who told us that his wife met a young man from Maharashtra while playing online Ludo. His wife and the man got close and began to chat. When the 25-year-old found out about it on checking his wife’s phone, he was depressed and harboured suicidal thoughts," Valera said.

It took the counsellors several sessions of counselling to help the youth get back his desire to live and in the process helped save his marriage.

"We had to counsel and tell them that online affairs are superficial most of the time and do not last long. We also advised the wife to stop chatting with the other guy," he said.

A helpline volunteer recounted 27 calls in which the caller was suicidal over relationships including extramarital ones.

Valera told Mirror that often excess and unproductive use of the internet also lands individuals in trouble. "In the last week of May 2022, we got a call from a man from Ahmedabad who befriended a girl on Facebook. She requested him for his photo which he sent and soon he got a call from a man identifying himself as a Mumbai Crime Branch officer," he said.

The two then threatened the youth and together extorted lakhs of rupees from him. The youth was suicidal as he feared that they would upload his morphed pictures on social media.

The helpline also received 15 calls in May from men who were honey-trapped by women working in cahoots with fraudsters.

Today's Tip of the Day - Experience And Architecture