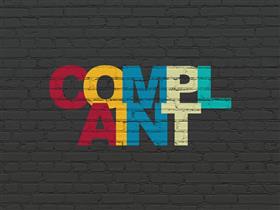 Gauteng, South Africa, April 18, 2018 -- The Office of Health Standards Compliance (OHSC) has seen a surge in complaints to its consumer hotline in the wake of the Life Esidimeni tragedy‚ it told parliament on Wednesday.

The OHSC - is a statutory body charged with safeguarding standards at healthcare facilities - inspects hospitals and clinics‚ and launched a call centre in November 2016 for members of the public to lodge complaints they had been unable to resolve.

"We have seen an increase in the volume and scope (of complaints)‚ which signals a potential increase in litigation‚" she told parliament’s portfolio committee on health during a briefing on the OHSC’s annual performance plan.

The plan shows the OHSC had received 730 complaints about public and private sector establishments between the launch of its call centre and the end of March 2017. It now receives about 300 complaints a month‚ she said.

The OHSC’s chief financial officer Julius Mapatha said the institution had faced legal costs of around R3.5-million for the Life Esidimeni matter.

After a lengthy and highly publicised arbitration hearing‚ the Gauteng government was ordered to pay R1.2 million to each of the 135 claimants who sought compensation for the death of their relatives.

Mndaweni told MP’s that the OHSC was set to begin inspecting private healthcare facilities for the first time‚ following the promulgation of norms and standards for public and private healthcare facilities in February. These regulations are due to come into effect in February 2019. Work was underway to craft detailed guidelines to accompany these regulations‚ she said.