News : $33 Million Funding Boost was the Right Call for Lifeline 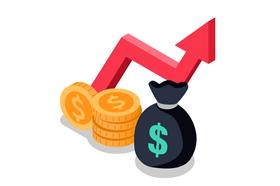 He said it brought good news for Australia’s mental health sector and support agencies such as Lifeline.

The funding boost will see Lifeline Australia receive an extra $6 million a year in federal finding for the next three years, plus a "balloon" payment of almost $16 million in the fourth year.

Mr Ferguson said the money would allow Lifeline to upgrade its telephony systems across the country and to put on paid telephone counsellors to fill gaps in the daily rosters when volunteers were unavailable.

"The volunteer model is great during the daytime and early evening but struggles on the midnight to dawn shift," Mr Ferguson said.

"And it doesn’t matter which organisation you talk to, volunteers are harder to come by everywhere, particularly a fully trained and quality volunteer pool.

"We know when there is the greatest demand on our phone services so we need to try and match our phone counsellors to that demand.

"Going forward you will find Lifeline will be an amalgam of paid counsellors in the difficult hours and the volunteers we have now."

"Different generations are using different methods to talk to each other and to Lifeline," he said. "Gen Y is more likely to send a text, those in the middle might email and older people will still pick up the phone.

"A modern call centre has the technology to handles all these contacts in the one system and, of course, along with the cost of buying the new toys comes the cost of training our volunteers."