News : 40% of Total Calls Received by Childline Since 2018 were 'Silent Calls' 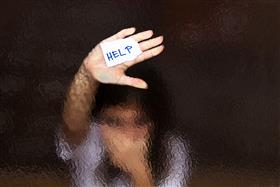 New Delhi, India, Oct, 2020 -- Forty per cent of calls received by CHILDLINE helpline number '1098' since 2018 were "silent calls", an official said, indicating that in many cases these may have been "muted" cries for help from people who could not muster the courage to report abuse or violence at that time.

In a "silent call" the receiver can hear background noise, but the caller, who remains on the line, does not speak, the official, who is with the service, said.

CHILDLINE '1098' is a round-the-clock helpline number that covers 595 districts and 135 Railway child help desks to help children in distress.

Of the 2.15 crore calls received by CHILDLINE between January 2018 and September this year, as many as 86 lakh were "silent calls", according to data shared by the service.

"Mostly these calls mean that somebody is actually trying to call or wants to seek help, but doesn't have the courage at that point in time to speak up, we do not disconnect such calls," the official said.

On many occasions a person speaks after counselling by staff members, he said.

Sometimes calls are made from the same number several times, but the caller does not speak, "but finally after 100 calls they spoke up in the 101st call", the official said.

However, the number of silent calls have reduced in the past three years, he said.

The reason behind the drop in the number of silent calls could be attributed to people becoming more aware of CHILDLINE's services and actions, the official said, adding that with more awareness people are "gathering the courage to speak up".

"The number of silent calls has been reducing in the past three years and through that, we assume that as awareness grows and through our actions, more and more people are able to speak up as they know they will get help through the number and not land in trouble," he said.

The official said that in several instances, a child who is in a "vulnerable environment" tries to "test the waters" by calling the helpline number and know "what happens when I call".

"Now many of them are able to speak up," he added.

The official said that even during the COVID-19-induced lockdown period, a drop in the number of "silent calls" was observed.

"Even during the lockdown period if you see the percentage of silent calls, it was much lesser because awareness was there and people were calling for the right reasons and speaking up," he said.

A 24-hour helpline for children