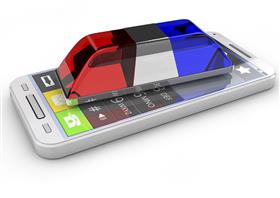 Mumbai, India, Feb 5, 2021 - Nearly 45% of phone calls received on Mumbai Police’s ‘100’ helpline during the pandemic months of June-December 2020 were irrelevant. The helpline received 6.9 lakh calls in the seven months, but only about 38% callers sought help in policing matters.

Another 17% callers made genuine inquiries. Prank calls and calls made to harass helpline operators were among the irrelevant calls made to the helpline, which is manned by 50 agents, all women constables, who report to an officer-in-command. "We have callers who dial accidentally or calls from senior citizens who are lonely and want to talk. There are also calls for general inquiries unrelated to the police department. But there are also calls from pranksters who think they can never be tracked down. We have begun identifying phone numbers from where repeated calls are made to our agents to harass them. The numbers will be blocked and in serious instances, legal action will be initiated," said an IPS officer.

Despite some calls aimed at unnerving them, agents still brought to the fore cases like human-trafficking during the pandemic.

On October 10, a woman who spoke Bengali called up the helpline. The agents were not well-versed in the language but two of them handled the call together and calmed her down.

From few Bengali words they recognised, the agents pieced together that the woman and two others had been confined in a room for long. They informed their officer and got the call location tracked down.

The women had been confined at Manpada in Thane. The agents informed Thane police and took updates from them until all three women, who turned out to be Bangladeshis, were rescued and a pimp was arrested.

In another case in December 2020, a caller informed said a BMW had hit his car besides four others and fled towards Kurla. The agents relayed the message to police stations in the vicinity and the BMW was intercepted at Saki Naka. The motorist was booked for rash driving as he had injured two persons.

The helpline also jumped to the rescue of a man trapped in snow at Himachal Pradesh. On December 13, a helpline agent received a call from a frantic Mumbaikar who said his friend had gone trekking and was trapped at one point with his mobile phone about to conk off. "The caller said he did not know who could help. We got in touch with the Himachal police control room. They told us that the area where the friend was trapped came under Chamba police station," said an official.

The helpline agents informed Chamba police and stayed in touch until the friend was rescued.